Valerie June - Pushin’ Against a Stone 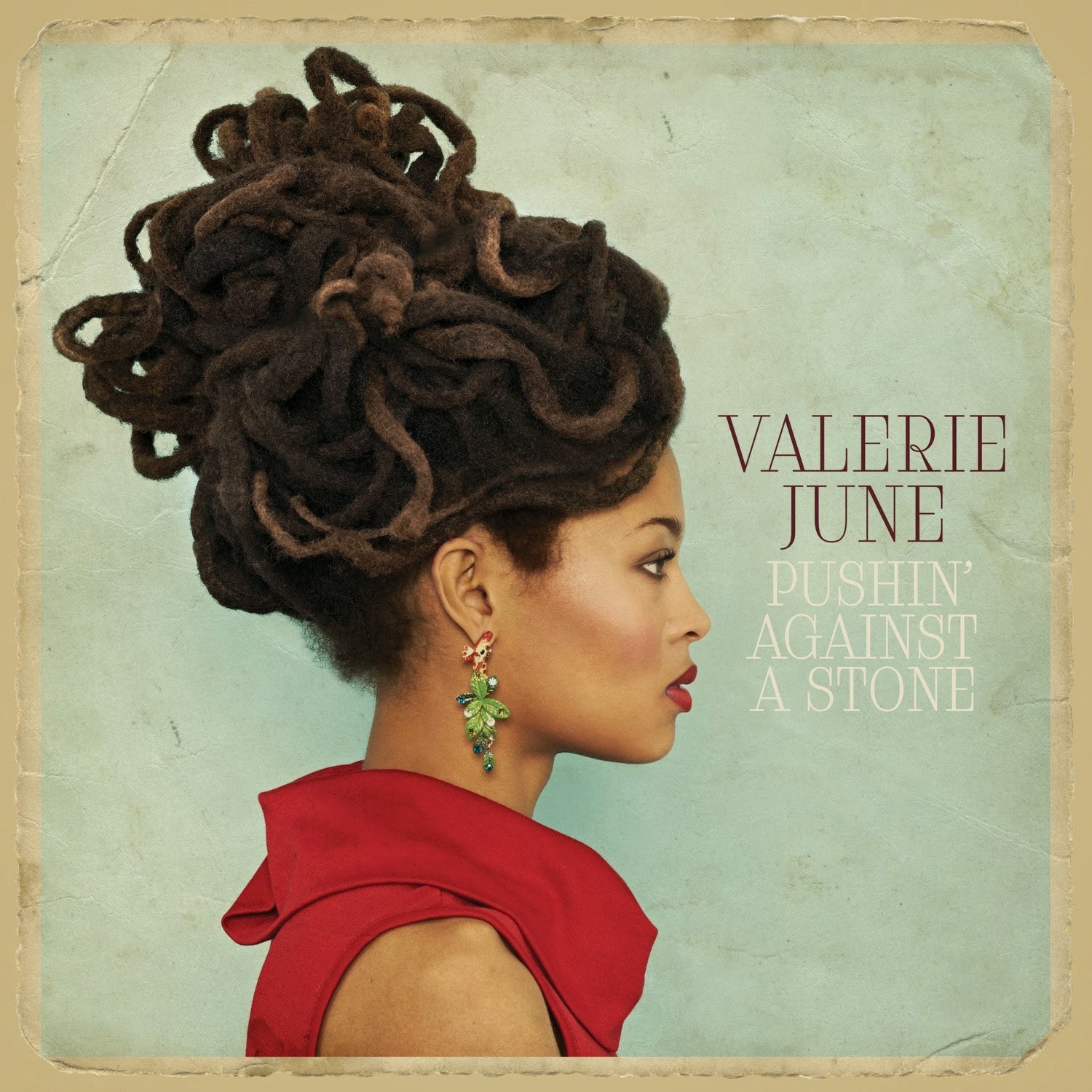 I had never heard of Valerie June prior to her performance on The Late Show with David Letterman.  She performed “Workin’ Woman Blues”, her first cut off her new album Pushin’ Against a Stone.  She took the stage with her acoustic guitar strapped around her shoulder and started singing about how she had been working her whole life, and now is ready for a sugar daddy.  For those few minutes, as far as everything else was concerned, time had been frozen. I was so infatuated with her voice, and how it was a unique blend of soul and country.  The song was intoxicating.  It swept me off my feet so fast, I had to hit the internet, find her website, and order her album.  To make matters even sweeter, I found it was available on vinyl.
June is not just a pretty voice with a guitar.  She is quite talented in the writing department as well.  She wrote or co-wrote all the songs on the album, with one exception, “Trials Troubles and Tribulations”, a bluegrass gospel song by Estil C. Ball.  This stripped down acoustic song focuses on her lovely vocals, leaving the drums behind.

Booker T. Jones (Booker T. and the MG’s) makes an appearance to play organ on “Somebody To Love” and “On My Way”.  The former, a real folky tune about needing somebody to loves features Luca Kezdy on violin. The latter, another selection in the country/folk category, also features Kezdy on violin.  The rhythm reminds me a little bit of “Friend of the Devil” by the Grateful Dead.

The album has a very cool ‘retro’ sound, as it swirls the sounds of Music City with that of Motown.  Title track “Pushin’ Against a Stone”, with its harmonized backing vocals brings to mind the music from Mary Wells.  And for a bonus, we get to hear the psychedelic guitar styling of guest guitarist, Jimbo Mathus, who also appears on four other tracks.  It’s no surprise then, he plays on my favorite tracks on the album, “Wanna Be On Your Mind”  This is another song that is so captivating, it almost puts me in a trance.

Valarie June is such a talented new artist who has a refreshing new take on music, and I have no doubt we will see a lot more from her.  This album easily falls into my top five favorite releases of the year.

Posted by PhillyCheezeBlues at 3:36 PM