Thorbjørn Risager & The Black Tornado - Too Many Roads 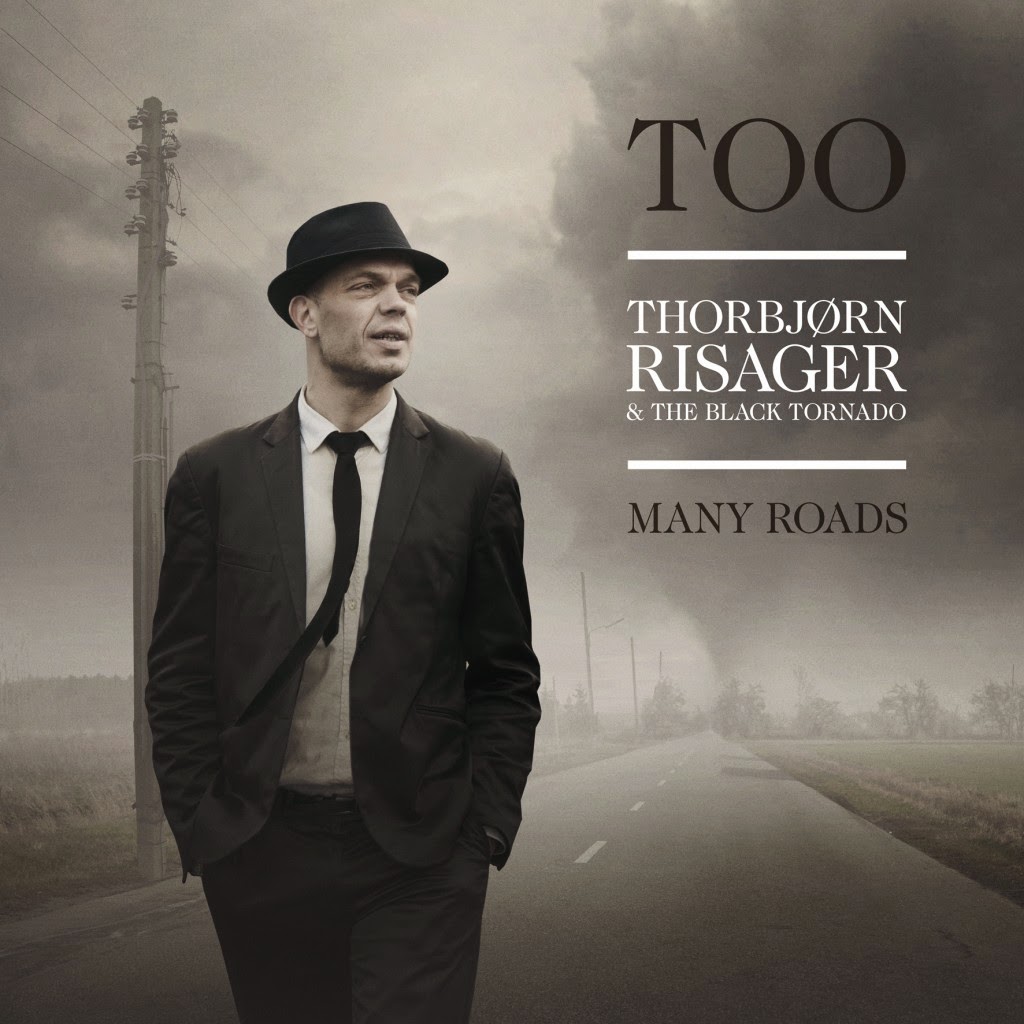 Thorbjørn Risager was an unfamiliar name to me prior to hearing his spectacular new album, Too Many Roads, recorded with his band, the Black Tornado.   But I can tell you this much, I will remember his name from now on.  This eighth release from Risager, is a sheer delight and is sure to be a reckoning force on the blues scene this year.  In a nutshell, it’s twelve well-crafted songs delivered via a tight group of musicians operating together like a well-oiled machine.

Risager grabs the listener and pulls them in on the first few bars of the lead song, ‘If You Wanna Leave”, with gritty guitar riffs, reminiscent of George Thorogood , Eric Clapton-like vocals and soulful horn accompaniment. Title track, “Too Many Roads”, follow.  I feel like I’ve been dropped on the corner of the Crossroads in Mississippi when I hear this song about making the right choices.  The way it oozes that endearing swampy sound… it doesn’t get much better than this.

I love the way Risager’s strong gravelly vocals rides atop the killer guitar riffs in “High Rollers”, all with the attitude and energy of the Rolling Stones.  This track, about taking a chance in the game of love, makes me wants to break out the air guitar and play along.

The beautifully remade “China Gate”, from the 1957 film, takes the listener to a quieter and more solitude spade.  Pouring emotion into every note sung and played, Risager and the Black Tornado make this exceptional song stand-out.

With a touring schedule that consists of 80 – 100 shows a year, all that’s left to do is cross our fingers and wait for a U.S. leg of the tour.

Posted by PhillyCheezeBlues at 11:02 AM