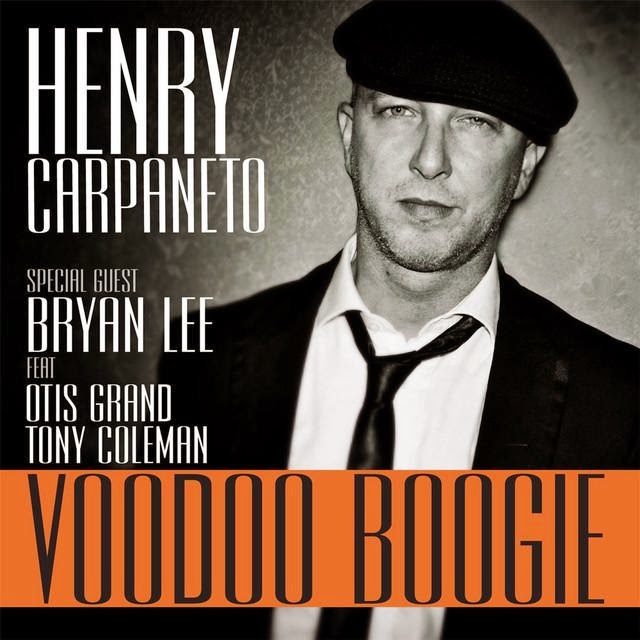 Voodoo Boogie, the latest release from Italian pianist Henry Carpaneto is a spectacular twelve track collection of New Orleans style piano blues. Bryan Lee, who was part of a US tour with Carpaneto recently, collaborates as singer, guitarist, and co-producer on this venture, which also includes guitarist Otis Grand on three tracks as well.  Another notable musician on the album is Tony Coleman, who has been B.B. King’s drummer for several years.

From the grand opening notes played by Lee on “Drinking & Thinking”, I knew I was in store for some serious listening.  Carpaneto’s barrelhouse piano playing sounds soulful and timeless alongside Lee’s bluesy vocals and sweet guitar licks.  I love the authenticity of “Welfare Woman”.  Carpaneto’s playing is amazing, as is Lee’s, making this track a sure favorite.

The tracks Grand sits in on, (“Calidonia”, “Dog & Down Blues”, and “Rock Me Baby”), are all magnificent as well.  The saxophone accompaniment provided by Paolo Maffi gives “Calidonia” a cool retro vibe.  Maffi brings it again on the fabulous, “Dog & Down Blues”,while Carpaneto and Grand exquisitely play it nice and slow.

Masterfully produced and exquisitely performed, Voodoo Boogie is a definite must for serious fans of the blues.

Posted by PhillyCheezeBlues at 2:34 PM