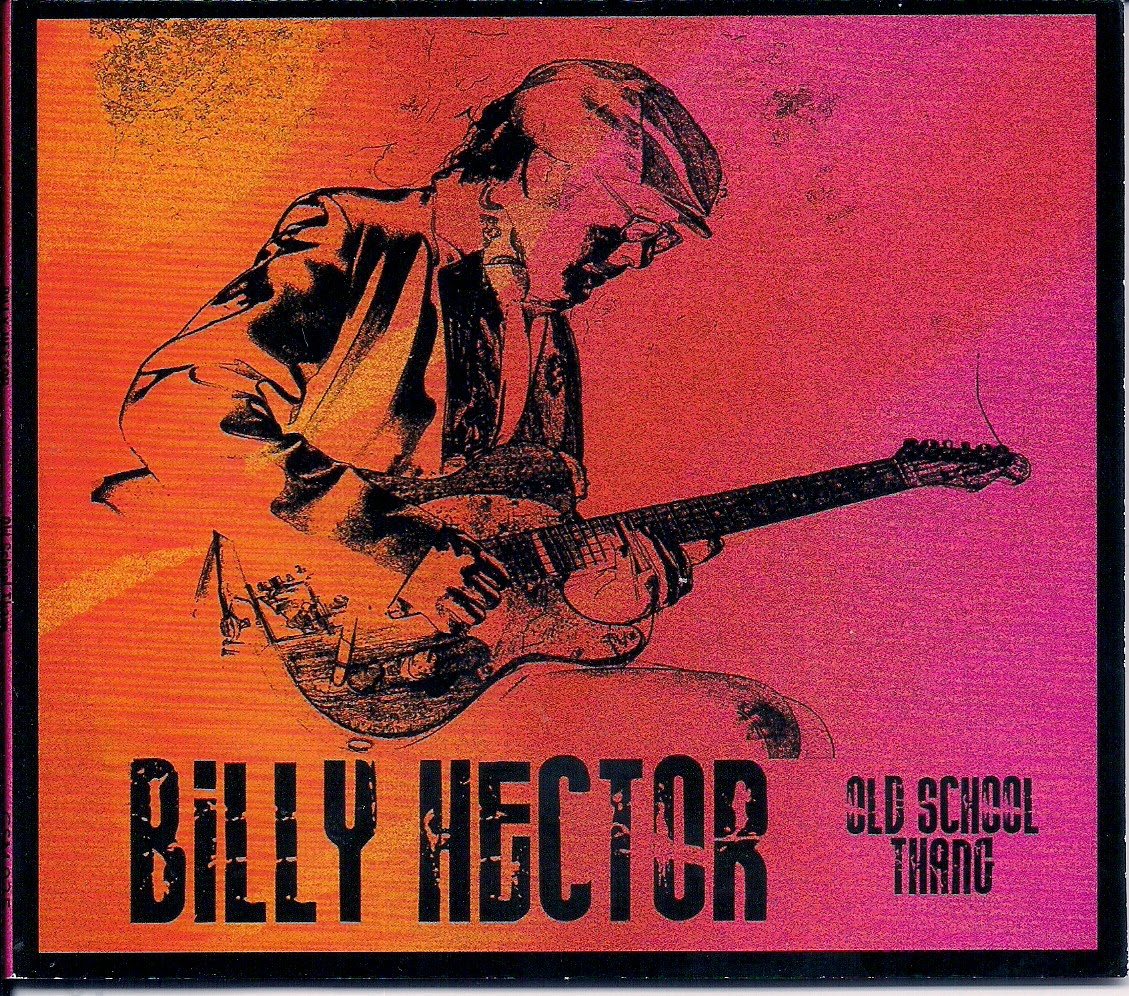 The latest album, Old School Thang from Billy Hector is slathered in blues and quite the listen.  Hector dishes out his songs in a variety of formats, ranging from traditional and swampy, to trans-blues.

“She’s Gone”, a great track to open with, grabs me with the smooth Santana-influenced guitar licks.  It sounds so good, especially with the accompaniment by David Nunez on organ, and the horn section made up of Tommy Labella and Steve Jankowski.  Hector breaks out the big guns and totally nails down a cover of Don Nix’s “Goin’ Down” in a tribute to Freddie King.  The musicianship is nothing less than phenomenal.  This is what the blues is all about.  I love the funky rhythm on title track, “Old School Thang”.  If Prince decided to cross over to the blues, I think this is very close to what it would sound like.  I have to mention the awe-inspiring drums provided by Sim Cain, which made me think of the late great Chuck Ruff who played drums on the iconic song, Edgar Winter’s “Frankenstein”.

“Rita”, a despairing and tragic tune which seems to fall in the same wheelhouse as the music of Tom Waits, has a nifty way of getting stuck in my head.  For the finale, Hector closes out “People of the World”, a tasty treat full of groovy jams coated with organ and horns.  Funky repetitive grooves reminiscent of the trans-blues music of Otis Taylor, keep this one going for eight minutes.

Every song on Old School Thang is a winner.  This album comes highly recommended.

Posted by PhillyCheezeBlues at 1:21 PM