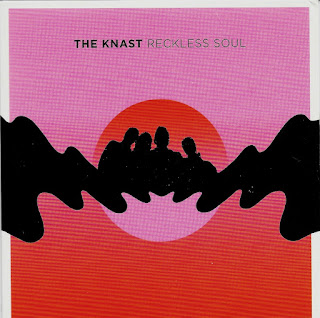 I’m totally smitten by the new album, Reckless Soul from the Seattle foursome called The Knast. Their music, packed with catchy lush grooves inspired by the British Invasion and the counter-culture movement of the Sixties, makes for an outstanding listen.  Making up the band, are lead vocalist/guitarist AJ Delange , lead guitarist J. Weichman, bassist Tascar Wise, and drummer Ian Thomas.
Baptized in psychedelia and fuzz-laden guitar, “Side Effects” is one cool as hell track which I synchronize with immediately.  Title track, “Reckless Soul” keeps the momentum sweetly going with a driving rhythm, smooth vocals and spacy effects.  The feel-good sounds of “Here and There” puts me in my smiling phase and puts me in a care-free mood.  When listening to “Waiting For the Lights to Change”, I’m immediately infatuated with Delange’s lofty vocals and Weichman’s cutting edge guitar performance.

Every song on this ten song album is an absolute delight.  Reckless Soul is a definite keeper.

For more information on The Knast, visit their website @ https://www.theknast.com/
Posted by PhillyCheezeBlues at 3:57 PM