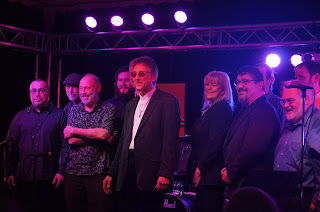 Saturday, January 13th, Bob Dorr and the Blue Band performed their “Last Goodbye” show at Riverside Casino.  Following a couple of terrific sets from the wonderful Duke Tumatoe, who captivated the crowd with “Give Me Back My Wig”, “You Don’t Drink Enough” and “Tie You Up”, Bob Door and the Blue Band tore through three exhilarating sets of music to the largest audience I have ever seen at the Show Lounge.

Bob Dorr kicked the first set off with the swinging “Don’t Sting, Bite or Bug Me” which was followed by slough of sweet tunes of which included “3 AM Backdoor Baby” and “Bottle in the Kitchen”.  To commemorate Bob’s sixty-sixth birthday which fell on January 12, the band played “Happy Birthday Blues” before working their way down the set list to hammer out splendid covers of Sam and Dave’s “Soul Man”, and Van Morrison’s “Domino”.

The second set broke open with a fabulous jam on “Not Fade Away”.  Cathy Henry gave a captivating performance singing Etta James’s “Blues is My Business”. One of the biggest highlights for me was hearing “Elvis in Paraguay”.  It was fabulous.  Ralph Stephens joined in on washboard and Bob broke out the zydeco tie for a rousing jamboree on “They All Asked For You”, which melted quite nicely into a medley of “Iko Iko” and “Jambalya”.  The set closed out with a riveting delivery of “Mustang Sally”. It was an instant crowd pleaser.

Set number three included fun songs like “Drugs Drugs Drugs” and the high energy horn-heavy ska tune “Arc Welded”.  It was absolutely wonderful.  Also included in this final set was “Nadine”, which was immediately followed by “The Last Goodbye”.  The performance was outstanding.   Bob Dorr and the Blue Band kept the electricity going through the night, winding down with “Bobby’s Blues”, and landing on “Mojo and the Say So” for a grand ending.  For the encore, they returned to play “Any Ordinary Man”, which brought the show to its final close.  It was a magical evening indeed.

Bob Dorr and the Blue Band 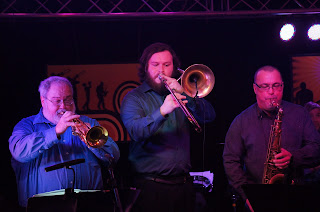 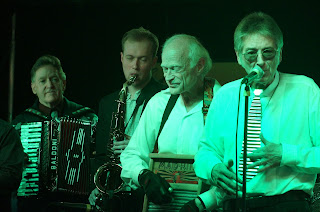 Posted by PhillyCheezeBlues at 2:23 PM