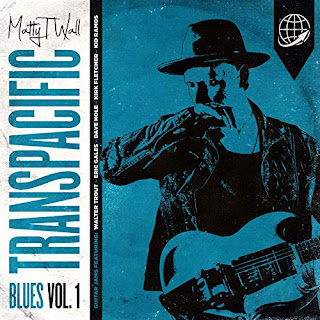 Australian bluesman Matty T Wall has been a favorite of mine since reviewing his debut album Blue Skies in 2016.  His second album, Sidewinder, which was released in 2018 was among my favorite albums that year.  Now, his third release, Transpacific Blues, Vol. 1 is out and I love it to pieces.  Wall records this colossal masterpiece with returning musicians, drummer Ric Whittle and bassist Stephen Walker to back him.  For this gem, Wall also pulls in some of the heaviest hitters in the blues arena to accompany him on this killer eight track album of classic blues.  Those guests include Walter Trout, Eric Gales, Kirk Fletcher, Dave Hole, and Kid Ramos.

The record furiously kicks off with one of my absolute favorite songs, John Lee Hooker’s “Boom Boom”.  Featuring fellow Australian bluesman, slide guitarist Dave Hole, this song absolutely cooks.  The fabulous Eric Gales adds his fiery magic to the groovy cover of Tommy Tucker’s 1964 hit “High Heel Sneakers”.  It’s fun to hear Wall and Trout jam out on the “She’s Into Something”.  I love his cover of “Stormy Monday”.  Wall’s vocals are suave and soulful.  Kirk Fletcher appears on Albert King’s “Born Under a Bad Sign” for one hell of a performance.  Whittle and Walker keeps a bit of that classic Stax vibe going too.  Wall delightfully takes on “I’m Tore Down”, originally recorded by Freddy King, and follows up with a riveting rendition of Robert Johnson’s “Crossroads”.

This is definitely an album blues fans will want to pick up.  I dig every bit of it, from start to end.

For more information about the artist, visit this website: mattytwall.com

Posted by PhillyCheezeBlues at 3:58 PM No comments: Links to this post 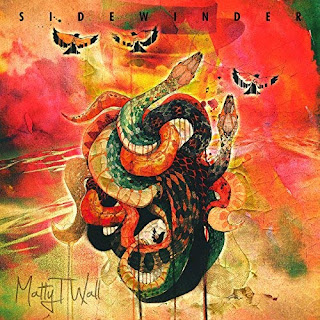 Posted by PhillyCheezeBlues at 5:27 PM No comments: Links to this post