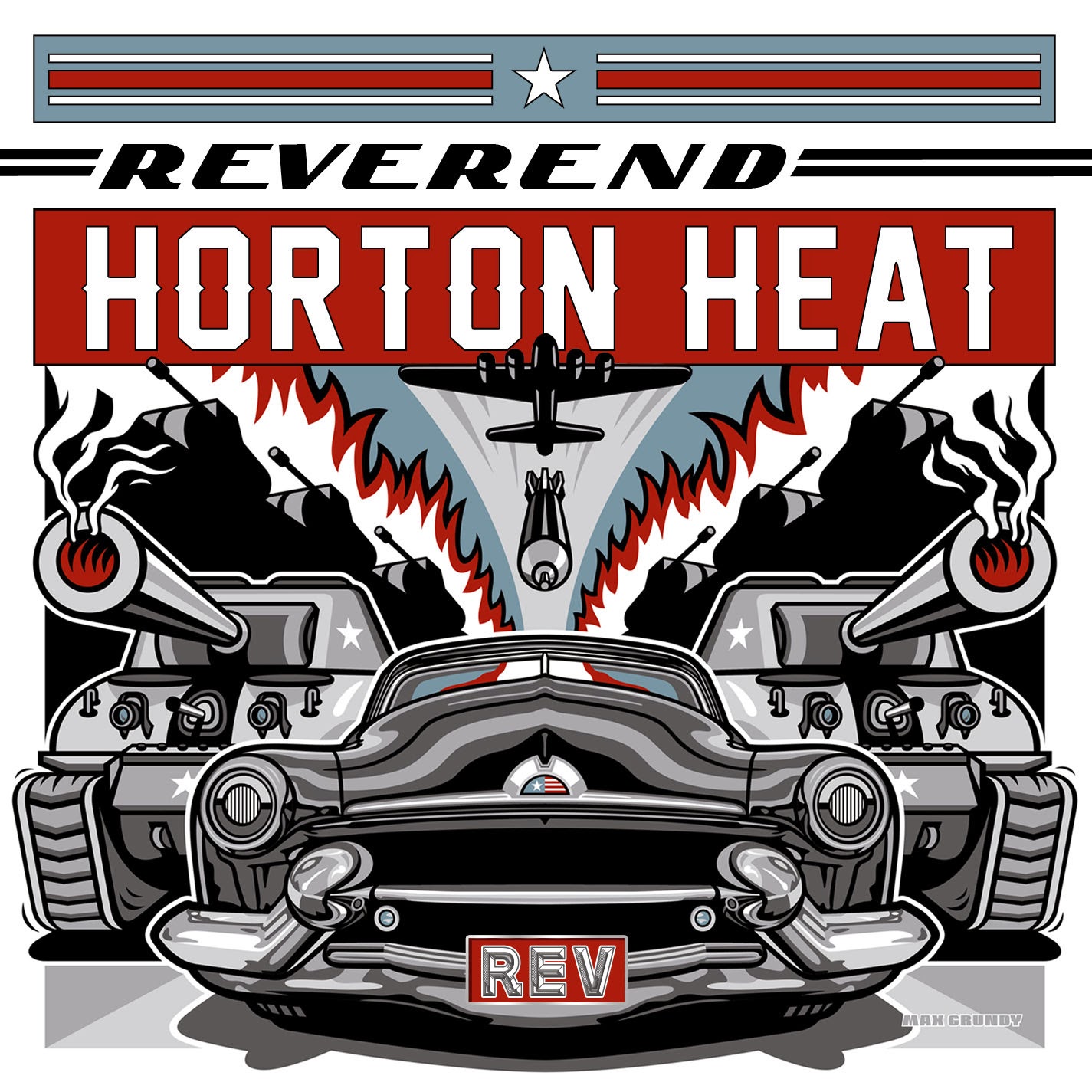 Being a long-time fan of Reverend Horton Heat, I am thrilled to death to have a whole new batch of fast paced, fuel guzzling rock and roll songs to embrace, in the form of their new album, REV.  I am also glad to see front man Jim Heath and upright bassist Jimbo Wallace joined once again by Scott Churilla on drums, reuniting this holy trinity of modern rockabilly.

Kicking the album, REV off is a fiery instrumental called, “Victory Lap”.  Reminiscent of the kick-ass surf guitar tracks Dick Dale is known for, it segues seamlessly into the following song, “Smell of Gasoline”.  “Smell of Gasoline” is a contagious song about a teenage girl with a fondness for the scent of petroleum, and is drawn to one guy in particular over all her other suitors because of her guilty pleasure.  While on the subject of women in song, I really like “Hardscrabble Woman” which tells the story of a pistol packing Calamity Jane type tough gal who packs her own loads, runs around with a tough crew, and is a sure-shot with a hammer.  Hardscrabble Woman could very well be the same gal who loves the smell of gasoline after packing on a few years.  The backing harmonies on this throwback to fifties western music, paint the song representatively in Grand Ole Opry fashion.  Heath breaks out the raunch ‘n’ roll with “Let Me Teach You How to Eat”.  This fun rockabilly romp is spattered with innuendos and double entendres, with a fistful of punk thrown in.

Reverend Horton Heat is a genius, when it comes to setting a daunting tone.  “Spooky Boots”, about an aging lovelorn biker who been pining for the return of a woman who left him nearly forty-five years ago, is so interesting in how it mixes Swing with Western.   In the fashion of the Munsters theme song, the good Rev brings us “Zombie Dumb”.  The song features twangy surf riffs and captivating ‘the natives are getting restless’ style drum beats from Churilla, all on top of lyrics solely composed of the words in the title spoken in a deep haunting voice.

REV is a true delight and a thrilling listen from beginning to end.  Thanks to Don Jamieson for bringing this album to my attention via his February 8th pick of the week on VH1 Classic’s That Metal Show.

Posted by PhillyCheezeBlues at 4:15 PM