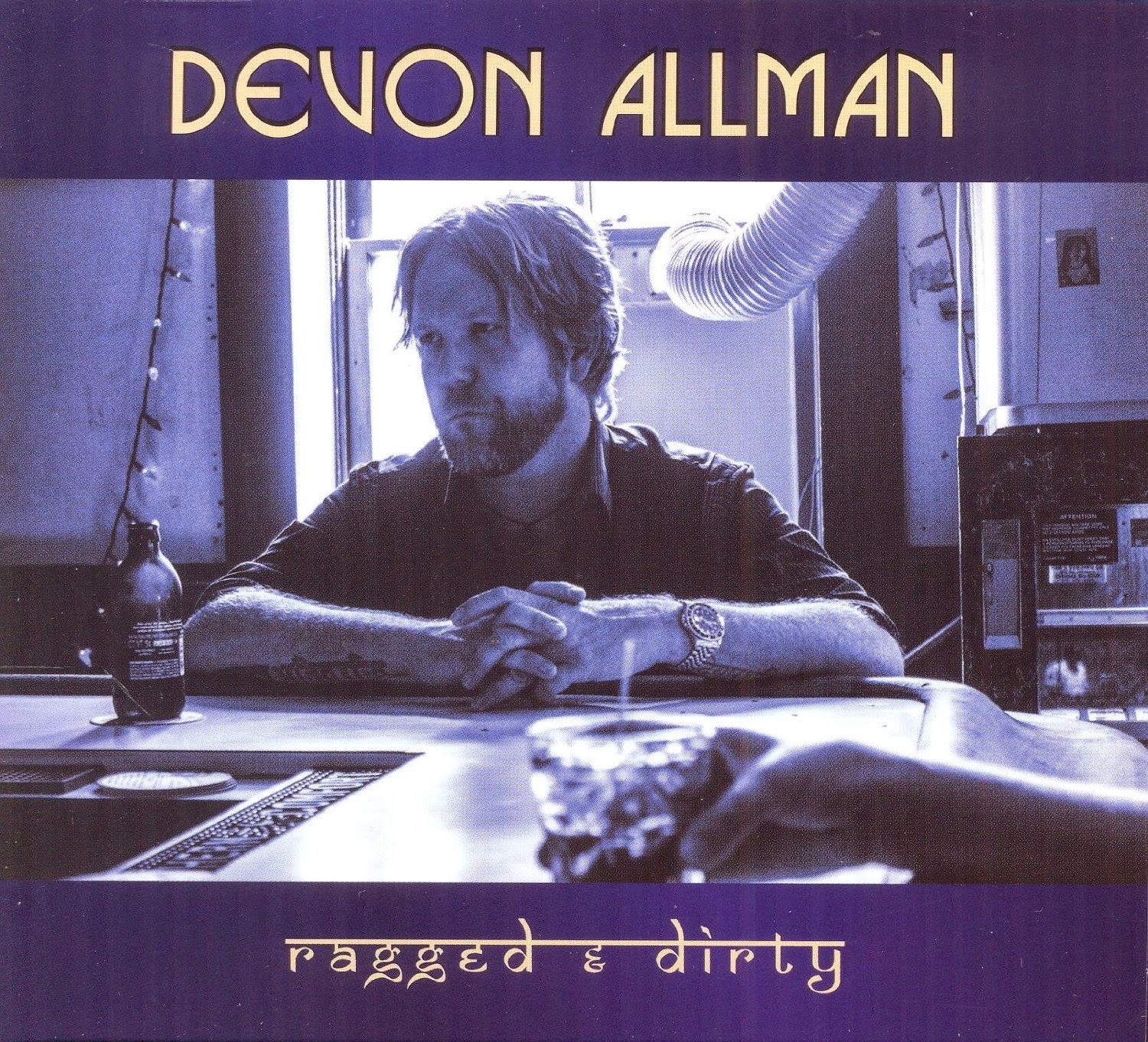 They say you got to strike the iron when it’s hot.  I’m thinking that must be a part of Devon Allman’s philosophy.  Amid a super busy schedule of recording and touring, both on his own, and with Royal Southern Brotherhood, Allman was able to find time to record this bluesy southern-rock masterpiece called, Ragged & Dirty.  Bringing Grammy winner Tom Hambridge onboard to help write and produce, as well as drum, was a choice that seems to have paid off very well.

Kicking things off in a big way, Allman energetically delivers Texas style blues with “Half the Truth”.  I not only listen to this song, but I physically feel it  Soaking up the vibrations from Allman’s tasty guitar riffs riding atop a wall of sound from Marty Sammon on B-3 organ, instantly puts me in a great mood.  The hounds are released on “Blackjack HeartAttack”, another electrically-charged track.  Simply put, this is just a great song, with infectious hooks, and bodacious guitar licks.

Allman shows off his funky side in “Can’t Lose ‘em All”. This one seems to be perfectly fitted for lengthy jam sessions, and reminds me a little of the music of The Allman Brothers.  While on the subject of funky, it’d just be wrong to not mention “I’ll Be Around”, a smooth cover of the Spinners 1973 classic. Allman unveils his chops as a soul singer on this track showing he can go pretty much any direction he wishes, musically.

“Midnight Lake Michigan”, clocking in at about nine and a half minutes, is an amazing instrumental.  This one is best played loud, without any outside disturbances, so as to catch every lovely and strategically played note.  Immediately following is, “10 Million Slaves”, a song reminding us about the atrocities of the transatlantic slave trade, written and previously recorded by trace-blues king Otis Taylor.  Allman’s guitar sings beautifully as he stays true to the original spirit of the song.

Allman, taps into his southern rock roots with “Traveling” and “Times Have Changed”.  Vocals lowered and raspy, he reminds me tremendously of one my favorites, Jim “Dandy” Mangrum, of Black Oak Arkansas on these two tracks.

There’s something in every song that deserves to be heard.  Besides the well-crafted songwriting, and flawless performances, Ragged & Dirty has heart, soul, and a boatload of personality.  It’s sure to be a fan-favorite.
---
Posted by PhillyCheezeBlues at 12:48 PM