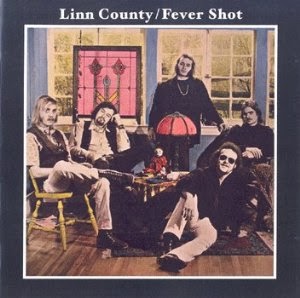 Larry Easter, the original sax player for Linn County was in town recently, and was gracious enough to sit down and share some moments and a brief history of the band, Linn County with me.  Larry now resides in Pasadena, CA, and still plays on a regular basis.

Phillip: What brought you into the band?

Larry:  I went and sat in with them at a club called the Cougar Lounge.  So I got hired on the spot.  And then they said well we were going to be going to Chicago, and I said, “That’s fine“, because I had nothing better to do, and so I just went up there with them.  And what that band did was become the house band of the most prominent blues venue in Chicago at the time, it was called Mother Blues.   We played five or six nights a week from like 9:30pm to 3:30 in the morning.

This guy Jerry Rubin, does that name ring a bell with you?  He was the guy that was with the Chicago Seven.  The political thing.  He comes into the club, and says, “We’re going to make a riot here… in Chicago  Do you want to be a part of it?’ And we didn’t want to.  We were just a bunch of guys that played.  We weren‘t into that whole political thing.

Phillip: Were you still the Prophets when you were in Chicago?

Larry:  No, they had already changed the name.  It was originally called the Linn County Blues Band, then it became Linn County, because we went past blues, strictly speaking.  None of this was my call.  I just played ball, I played saxophone.   They ended up signing with Mercury Records, made three records with Mercury.  After we moved from Cedar Rapids to Chicago, we went on the road a lot.  We went to Detroit, Cleveland,  and Montreal,  which was really the best one of them.  People loved that band in Montreal.

Martin Luther King got assassinated.  We left Chicago three days before that happened, I think, or maybe two.   And so, Chicago burned after that.  That whole club got burned.     We got out of that by the skin of our teeth.

Phillip:  So when you got out of Chicago, were you on your way to San Francisco?

Larry:  That’s right.  It was coincidental, but this did happen.   So we got out and just kept going to San Francisco.

Larry :  1968.  We were signed to a record contract by Mercury Records at the time.  We got a big advance at that time, a lot of money.    What happened after that was basically downhill.  It was a hell of a good band.  When we were in Chicago, everybody loved us, but you go to San Francisco where the Grateful Dead was, there was a lot going on, very provincial.  They were really taken with people from San Francisco, and anyone from outside of San Francisco had a really rough uphill battle.   We played the Fillmore, but it just wasn’t the same.  Because prior to that, even going outside of Chicago in places like Cleveland, Detroit and Montreal, everybody loved that band.  In Montreal, for instance, they’d  rate the top ten bands.  We’re talking about the Beatles, Rolling Stones, all of that.  We were listed among the top ten.  It had that kind of impact.  But when we went to San Francisco,  it wasn’t the same thing.  It was just like we were a year or two too late.  We just couldn’t crack.  I’d say we played on  the same bill with the Grateful Dead four times.  But for whatever reason, we couldn’t bridge the gap.

Phillip:  Which album was your favorite to record?  Did any one of them stick out as being a lot of fun to record?

Larry:  I’m actually a little frustrated by all of them.  Because I was so young at the time, I was like nineteen or twenty when this was all going on.  So as I look back at my own playing, in terms of what I do now, I am kind of embarrassed by it a little bit.  Most people will tell you Fever Shot was the best.  They might be right.  The first one was called Proud Flesh Soothseer.  That was really psychedelic.

Phillip: Of all the bands you shared a stage with,  does any one strike you as one you really liked to work with?

Phillip:  Is there any particular live performance that stands out the most?

Larry:   The thing is that the best ones are not the ones that would jump out at you.  There was a place in Montreal Canada called the Penelope, it was just a coffee shop, but Frank Zappa played there.  The Mothers of Invention… Paul Butterfield... there was a whole circle that played at that particular club.  Anyway, we were really popular at that particular venue.  That’s what sticks out in my mind.  We played the Fillmore East with Eric Burdon and the Animals and Sly and the Family Stone.

Phillip:  You played both Fillmores.  Which one, if you had to pick,  one was your favorite?

Larry:  Well, we only did the Fillmore East one time.  That was in New York City, and that made it special in and of itself.

We played in Detroit with Led Zeppelin.  A funny thing happened at that show.  Our bass player, Dino was playing this Hofner Bass like Paul McCartney played., and the neck breaks off, so he had to borrow the bass from Led Zeppelin.  Our band manager who is still alive and a dear close friend, got it into his head to get us all these psychedelic clothing items to play this thing.  And so we are playing on stage, and they’re shrinking.

Larry:  You got this guy, Steve Miller, who is six foot four, and all the buttons had popped off everybody, and he was so mad.  You can’t believe this, but it did go down.   We played, and our clothes shrunk on us during that performance, and none of us wanted to wear that crap in the first place because we just wanted to wear jeans, and shirts.

Phillip:  Is there possibility in the future of any of your albums being re-released on CD

Larry:  It’s obscure. But believe it or not, there are CDs of us out there, but not a lot.

Phillip:  Larry, I want to thank you for taking the time to talk with me.  I really appreciate it.  Your stories have been very informative and enlightening.   It’s been a real pleasure talking to you.  Thank you.

Posted by PhillyCheezeBlues at 6:23 PM No comments: