Kim Simmonds and Savoy Brown - Goin’ to the Delta 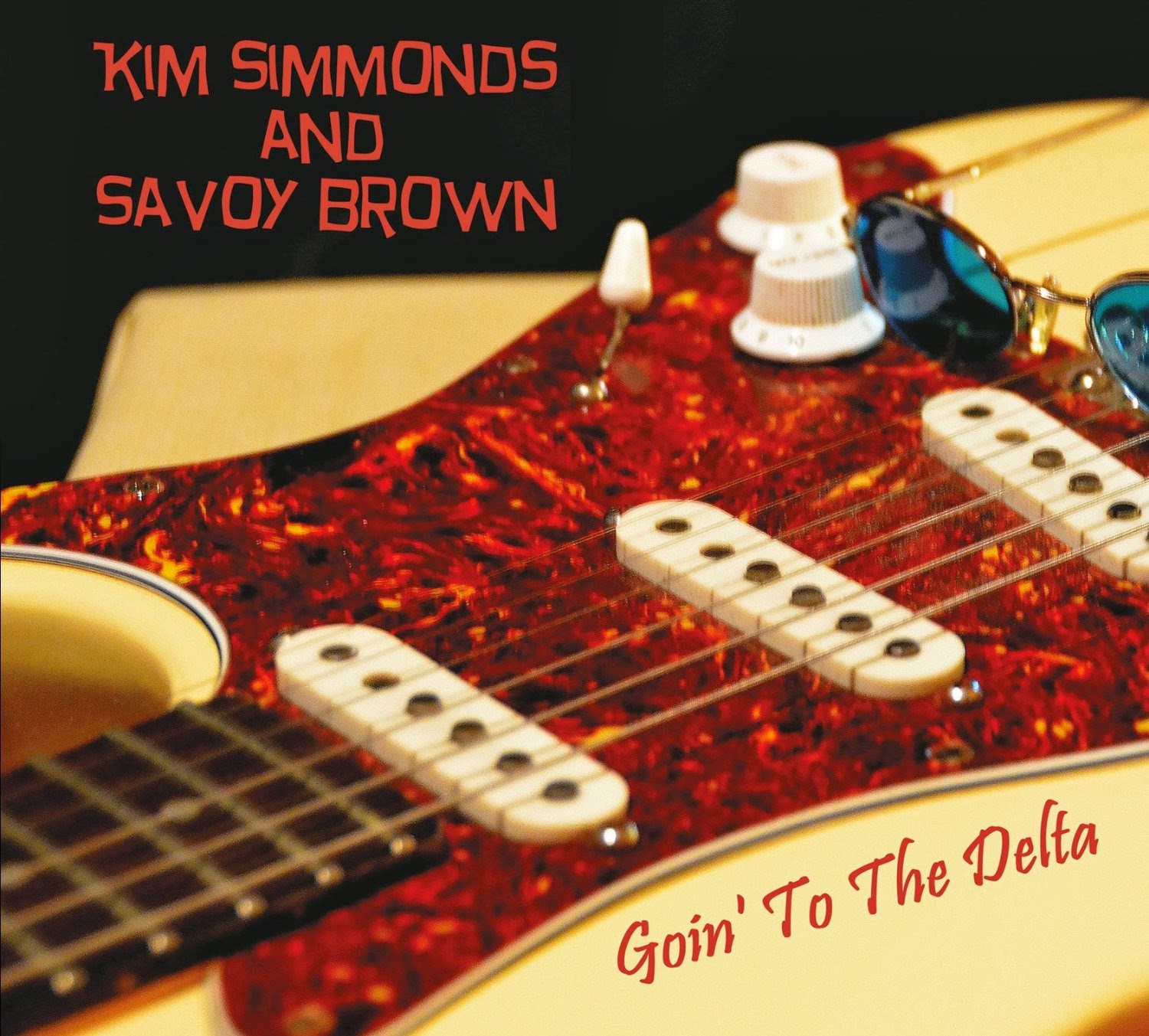 Keeping with tradition, Kim Simmonds and Savoy Brown has returned once again to the studio to record another batch of hot electric Blues for our listening pleasure. The album is called Goin’ to the Delta, and alongside of Simmonds, is bassist Pat DeSalvo and drummer Garnet Grimm.

What I really like about this disc, besides the music itself, is the cohesiveness of the songs, all penned by Simmonds, by the way.  This is album-oriented music, which is best heard from beginning to end, unlike the music popularized with the MP3 generation, where the song is the final product, and not the album. Simmonds takes us on a journey fit for the Blues, which passes through the realms of infatuation, rejection, loneliness, desperation, and reconciliation.

Simmonds sets everything up with the first track, “Laura Lee”.  It’s fast-paced with a hint of rockabilly. This is roadhouse Blues at its best.  Following with “Sad News”, he brings it down a couple of notches, both in mood and tempo. If I didn’t know better, I’d say this one, about lost love, was written in the Thirties.  It sounds so timeless and genuine.  Then, there is “Nuthin’ Like the Blues”, a fun and cleverly written homage to the Blues itself, with references to howlin’ wolves, rollin’ and tumblin’, as well as dusting brooms.  Although the song doesn’t sound like the legendary classic, “Crossroads”, it certainly makes me think of it when I hear it.

I love the way the instrumental track, “Cobra” gets my adrenalin flowing.  I call this ear candy because of its fast moving catchy riffs and hit bluesy licks.  Then, I like the fun little romp Simmonds takes us on, as he heads out for a little free-trade non-committal loving, in the song “Turn Your Lamp On “.   He then breaks out some killer slide on “I Miss Your Love”, as he pines for the woman who left him for another man.  Closing on a positive note, Simmonds plays his heart out and raises the mood and energy with “Going Back”, about going back to his baby because he’s been away too long.

Savoy Brown has been a mainstay in the Rock and Blues community for the better portion of fifty years, and I’m so glad to see their legacy continue on with the album, Goin’ to the Delta.
Posted by PhillyCheezeBlues at 3:07 PM No comments:

Teeny Tucker - Voodoo To Do You! 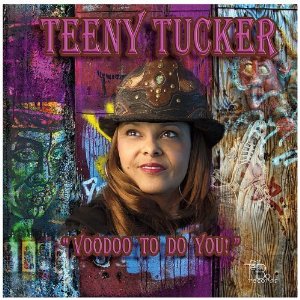 Upon checking out the title, along with the track list, which includes song titles such as  “Voodoo Woman”, “Voodoo Voodoo”, “It’s Your Voodoo Working” , and “Love Spell”, one might be able to identify the recurring theme of Teeny Tucker's latest album, if hard-pressed.  That being said, Teeny Tucker doesn’t need voodoo to get anyone to love this recording, Voodoo To Do You!  She’s got it covered with powerful vocals, down-home blues,  choice song selections and a great band which includes guitarist Robert Hughes, bassist Robert Blackburn, drummer Darrell Jumper, David Gastel on harmonica and keyboards.

Tucker kicks this thirteen track album off with a fantastic cover of Koko Taylor’s “Voodoo Woman”.  It’s fast paced Blues, buttered on one side with her cool raspy vocals, and on the other side, with Hughes’ killer electric riffs. Linda Dachtyl, sitting in on this one with her B3, adds a cohesive bonding that nicely pulls the song together.  Then without skipping a beat, the intro to Howlin’ Wolf’s “Commit a Crime” gently rolls in.  Hughes scores big points on this one as he nicely sets the song in motion.  Introducing new lyrics, Tucker tackles this one from a woman’s point of view.  “Tough Lover” is another cover, with a little modification. This one isn’t your Etta James’ version. Tucker takes the original and slows it down a bit, which I think is a great decision.  Interestingly, as the tempo increases, Hughes briefly steers the song from Blues to Rockabilly before bringing it back home again.

One of my favorite tracks on the album is Tucker’s rendition of “Death Don’t Have No Mercy”, originally by Gary Davis, and covered later by the Grateful Dead.  I love the guitar licks Hughes lays down on this dark and sullen song.  I can feel the emotion pouring off his guitar strings as he plays. This is probably the coolest song on the album.

Tucker must have had her mojo working double time when she got the idea for the closer song, “Sun Room”.  This upbeat original, about the history and spirit of the legendary Sun Studios in Memphis, Tennessee, coincidentally was recorded at the Sun Studios.  When this song plays,  I feel momentarily transported to the studio itself.  Tucker makes it easy to envision the iconic building at 706 Union Avenue, with her crafted lyrics.

As I find myself listening to this album over and over again, it’s no surprise to find out Teeny Tucker is nominated for the 2014 Blues Foundation’s Koko Taylor Award this year.  I think she deserves it.

Posted by PhillyCheezeBlues at 2:43 PM No comments: 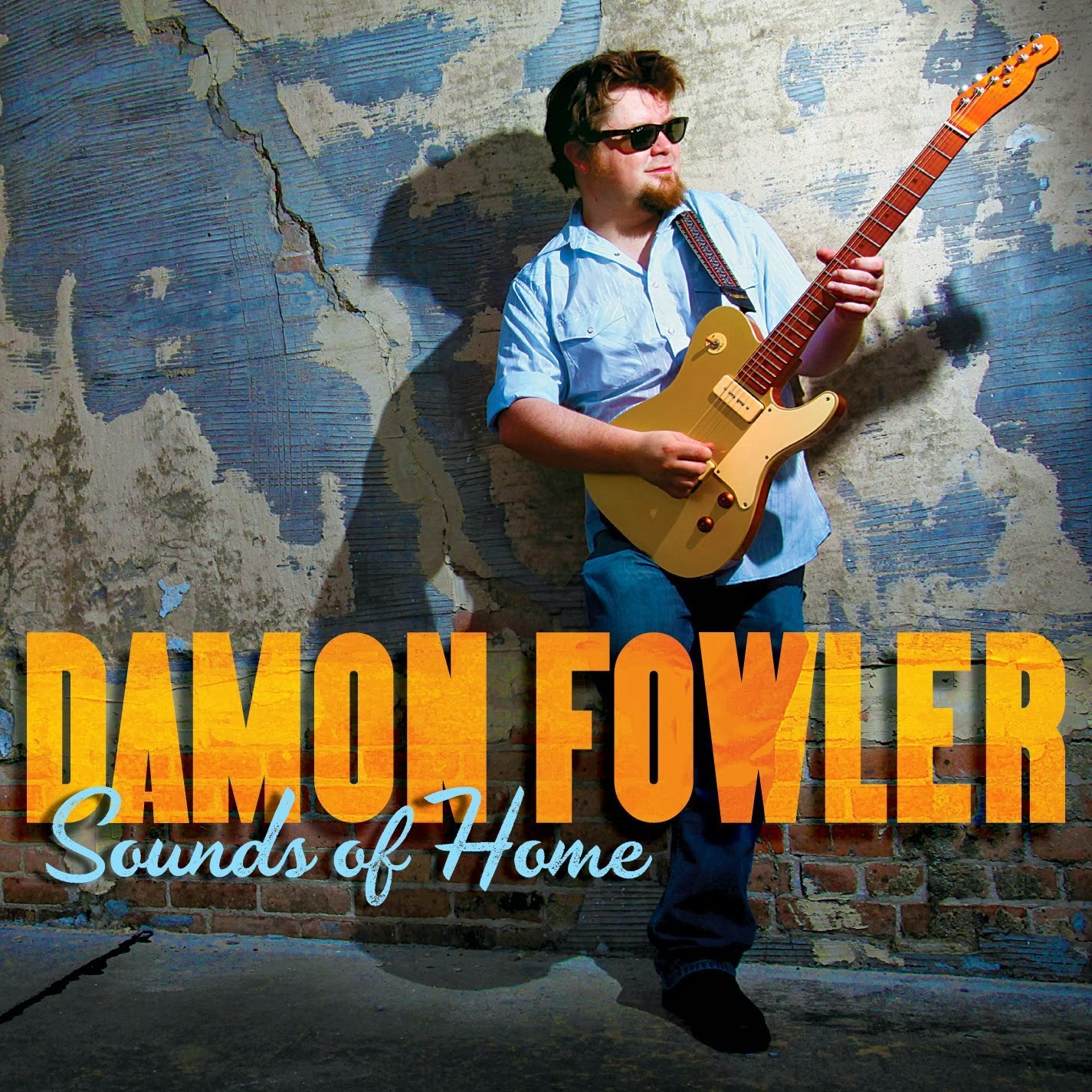 Damon Fowler’s latest solo album, Sounds of Home is a grab-bag of Americana at its best.  Soon after finishing the tour with the band, Southern Hospitality, which released one of my favorite albums last year, Easy Livin’, Fowler returned to the studio with bassist Chuck Riley and drummer James McKnight.  Tab Benoit not only produced, recorded and mixed this eleven track album, but he sits in on several songs as well, pitching in on vocals, acoustic guitar, and pedal steel.

The album is a heavy mix of Country and Blues music. Fowler breaks out some really thick slide, on opening track “Thought I Had It All”.  This one gets the energy flowing, as Fowler makes his slide scream.  It almost borders on Southern Rock.

Title track, “Sounds of Home” puts a smile on my face, as the guitar riffs bring to mind Steve Cropper, while the backing rhythm is very reminiscent of those cool early days of Stax Records. Big Chief Monk Boudreaux also makes a guest appearance here, pitching in on vocals and tambourine.

Fowler tackles Elvis Costello’s “Allison” with a slightly different approach as he brings a little country twang to the vocals and melody, and an outstanding guitar solo on the bridge.  While on the subject of outstanding guitar and cover songs, Fowler brings it on again with a very swampy bluesy rendition of Johnny Winter’s “TV Mama”.  It’s so fun just to hear him play guitar, especially on songs like this.

Fowler digs deep and goes really ‘old school’, as he dusts off the classic spiritual, “I Shall Not Be Moved”, and plays it in a very traditional sense as he is joined by Benoit on acoustic guitar and harmonizing vocals.  Beautifully played, I thought this was a cool song to close the album with.

Albums like “Sounds of Home” are so welcome to hear, as it allows the artist’s raw talent to shine through, and not be muddled by special effects and over-production.  This album is a “keeper”.

Posted by PhillyCheezeBlues at 1:32 PM No comments: 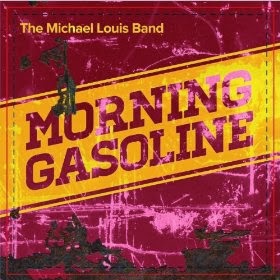 I really like the way the title track, “Morning Gasoline”, gets the heart pumping.  I’ve been using this as a ‘go-to’ song to help wake me up on my morning drive to work.  This one is really great fuel to start the morning off with.  The guitar is very enjoyable and I love the driving beat provided by Crupi on drums and Yearwood on congas.

When I hear Louis’s voice on “City Boy”, “Late September”, and “Vanilla Plain”, I immediately think of Elvis Costello and John Hiatt, both singer/songwriters I hold in high regards. There is slow infectious groove to “City Boy”, which pulls me in like a magnet.  Plain and simply, “Late September” is just a beautiful song. I like the tinny single guitar note accents which give it an added layer of character to it.

Reminiscent of the funky instrumentals on the Rowan and Martin’s Laugh-In sequences revolving around a dancing, bikini-clad, flower-powered Goldie Hawn, “Tazer” is one big bowl of fun. Interestingly, it slowly morphs itself from fun and funky, into a warm bath of psychedelia.  “Makin’ Time” another enjoyable treat, has that bluesy southern rock sound akin to the music of the Allman Brothers, with that slide guitar and piano.  It really surprised me how much Louis on guitar, and Sebastian on keys sounded like the Allmans. As I listen to this song, it occurs to me, there’s no doubt Louis has the chops to play pretty much anything he wants.

The cover of Stevie Wonder’s “Superstition” shot chills up and down my spine.  This is song I’ve heard a million times, both the Stevie Wonder version, and the Stevie Ray Vaughan version.  This rendition is similar to neither of those.  It’s almost as if the tune had been dragged down South and baptized in the Mississippi river, giving it a brand new life with a thick coat of swampy grit.  There’s an uneasy daunting heaviness to it, that’s for sure. That’s what makes this cut so cool and interesting.

Morning Gasoline certainly took me by surprise.  After listening to this album, I can honestly say I am now a fan, and will be on the lookout for more to come from The Michael Louis Band.

Posted by PhillyCheezeBlues at 2:48 PM No comments: