The Alexis P. Suter Band - Love the Way You Roll 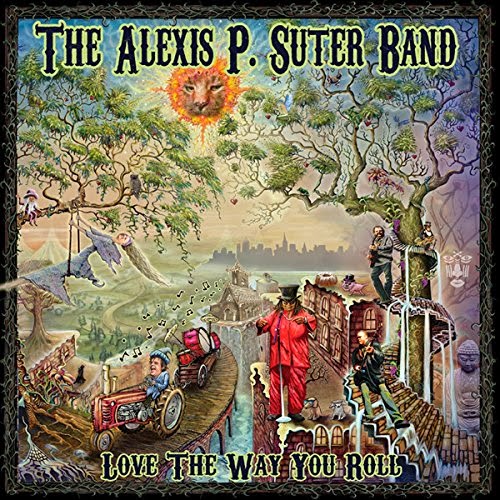 There is something magnificent about listening to The Alexis P. Suter Band’s new album, Love the Way You Roll.  It’s raw, swampy, bluesy and utterly fantastic.  Suter takes full command of her microphone, exquisitely belting out each song as her band, made up of guitarist Jimmy Bennett, drummer Ray Grappone, bassist Peter Bennett, and backing vocalist Vicki Bell, dishes out amazingly tight performances.  Also appearing on the album, is John Ginty with his Hammond B3 in tow.

“Nuthin’ In the World” ushers the listener into this funky energized album heavily steeped in the blues, with catchy hooks and outstanding musicianship. Suter and company shine on “Big Mama” as well.  I love it when J. Bennett breaks out the slide.  It sounds so good alongside Suter’s uniquely styled contralto vocals.

Title track, “Love the Way You Roll”, is mesmerizing, as it seems to dip into the well of trance blues.  J. Bennett lets each strum of the guitar hang heavy in the air, adding to the psychedelic effect created by the hypnotic framework built by Grappone and P. Bennett.  It’s so cool how this song transforms into the oh-so-familiar “Rollin’ and Tumblin’”.  J. Bennett throws down another great performance on “Gonna’ Love You”.

One of the most beautiful tracks on the album is “Anything”.  Soulful and slow, this one is so full of emotion it pulls on my heartstrings, much like Otis Redding’s “Sitting on the Dock of the Bay”.  J.Bennett seems to extract tears right out of his guitar, as Sutter immerses herself fully into her performance.

I can’t help but smile, when I hear the cover of Slim Harpo’s “Shake Your Hips”.  It’s such a happy and fun track to listen to.  Love the Way You Roll, nothing short of a masterpiece, is certain to end up as one of my favorite releases for the year.

Posted by PhillyCheezeBlues at 3:18 PM No comments: 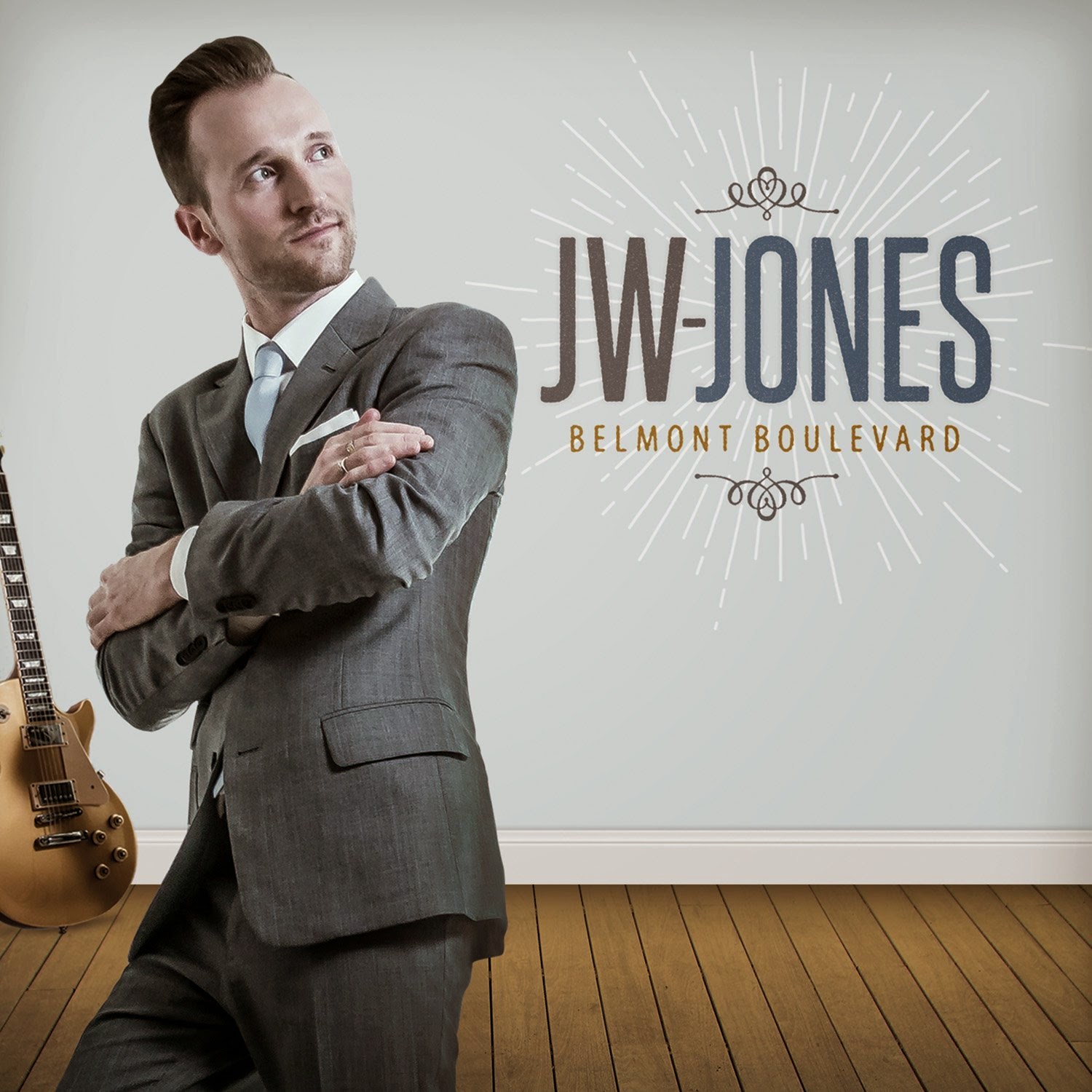 After listening to this fascinating recording, which artfully blends country music and rockabilly with the blues, it’s no surprise to discover Canadian bluesman JW-Jones recorded his eighth and most recent album, Belmont Boulevard, in Nashville, Tennessee.  Enlisting Grammy winner, Tom Hambridge to co-write and produce seems to have paid off very well.

Jones gets the adrenaline pumping while covering Bobby Parker’s “Watch Your Step”.  Putting his own cool spin on the song, he cleverly throws a lot of ‘twang’ into it, giving it a retro country sound.  The intro immediately made me think of Jerry Reed’s “Amos Moses”.  Another expertly performed cover tackled by Jones is Buddy Guy’s “What’s Inside of You”.  Some of his most serious and finest guitar playing is exhibited on this track.  This song is pure blues.  Jones’ guitar sounds so sweet as it co-mingles with the keyboards handled by Reese Wymans.

“Don’t Be Ashamed”, interestingly blends blues with surf rock.  Haunting guitar riffs, pulsating organ attacks, and a spectacular guitar solo, make this a favorite.  “Magic West Side Boogie” is phenomenal.  With guitar playing reminiscent of Jim Heath of Reverend Horton Heat, Jones delivers the goods, as does Jamie Holmes who plays the hell out of the drums.

Jones sets a swampy psychedelic mood with “Cocaine Boy”, which he understandably saves for last.  This gonzo treat is delivered via tinny and echoey vocals sung atop a slow-basted bass line.  Guitar licks enter the song, like screams in a haunted house, making this track quite a wild listen.

This album has a way of captivating the listener, and not letting go.
Posted by PhillyCheezeBlues at 2:32 PM No comments: 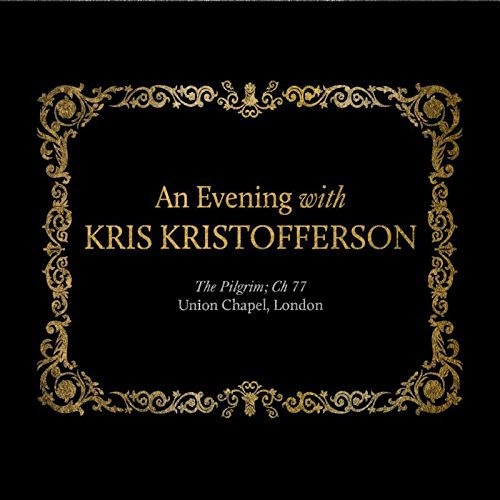 Live albums are often times “hit or miss”, for me, for varying reasons such as bad sound, or coaxed audience participation.  This new double album from the legendary Kris Kristofferson, recorded live in London at Union Chapel, September 26, 2013 , steers clear of those self-imposed landmines, and emerges as one of my all-time favorite live albums.  In an intimate setting, Kristofferson plays his songs, stripped down to the most basic of levels, alone on a stage with just his guitar and harmonica.

With almost forty-five years’ worth of material to choose his set-list from, Kristofferson performs a nice blend of both new and old, drawing a lot deeper from his earlier years, playing fourteen songs off his first and second albums from 1970-1971, Kristofferson, and Silver Tongued Devil.  Classic songs, such as “Me and Bobby McGee”, “Help Me Make it Through the Night”, and “Loving Her Was Easier” quickly put a smile on my face.  For a nice little tie-in, while introducing “Casey’s Last Ride”, Kristofferson mentions he wrote it in London about a half a century ago.  From his newer albums, we are treated to title tracks, “Feeling Mortal” (2013), and “Closer to the Bone” (2009) ,

We’re also treated to several selections from his 2003 politically-centric live album, Broken Freedom Song , with songs such as “Broken Freedom Song”, “The Circle”, and “Sky King”.  Another song from that album, which lands in this performance, is one of my favorites, “Here Comes that Rainbow”, a lovely song about paying it forward.

The album just wouldn’t be complete without playing longtime favorite, “Jesus Was a Capricorn”, which Kristofferson masterfully segues in from “You Show Me Yours”.  I’ve never been to London, but when I listen to this album, I feel as though I am transported to the front row of Union Chapel, among the audience, taking everything in. And that is what I absolutely love about An Evening with Kris Kristofferson: The Pilgrim; Ch 77.

Add blog to our directory.
Posted by PhillyCheezeBlues at 1:25 PM No comments: