Lucinda Williams - Down Where the Spirit Meets the Bone 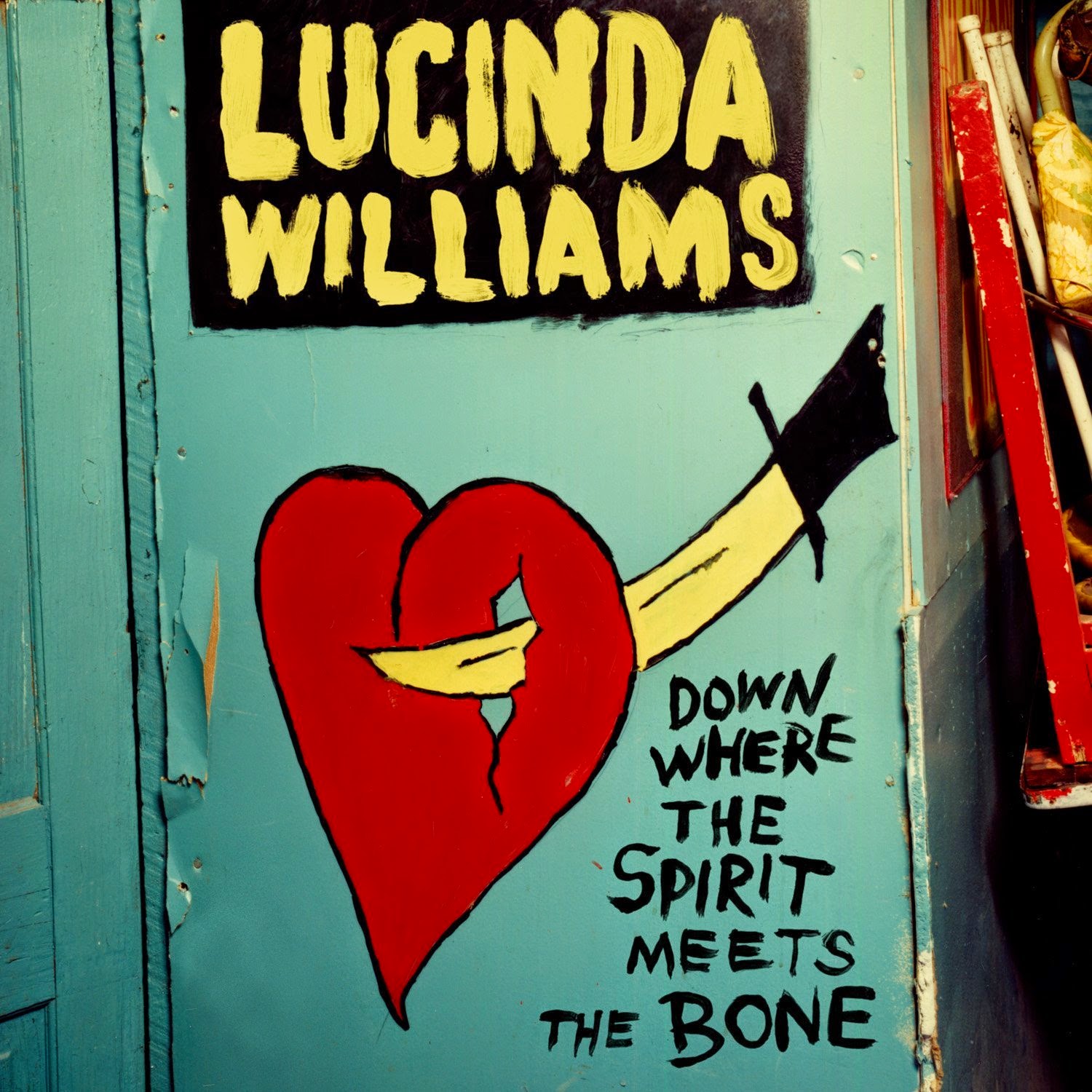 Among my favorite albums of 2014 is Lucinda Williams’ Down Where the Spirit Meets the Bone.  This two-disc, twenty song masterpiece is beautifully performed in her iconic country-laced style.  This album lies in the same wheelhouse as Springsteen’s 1982 album Nebraska.  The lyrics are so compelling; one can’t help but be pulled into her dark and oft-times dismal world.

Williams chooses the slow and lovely, “Compassion”, to gently greet and ease the listener in to the album.  From a poem written by her father, acclaimed poet Miller Williams (April 8, 1930 – January 1, 2015), this song preaches indiscriminate compassion for our fellow man no matter how ironic it may seem.  What a wonderful world it would be if more people practiced this ideal.  Williams kicks in to gear with “Protection”, a high octane track about overwhelming vulnerability.  Bluesy guitar riffs, guide this one to the finish.

The dark and haunting “West Memphis” quickly brings to mind the Paradise Lost HBO documentaries which brought the story of the West Memphis Three into the spotlight.  Walking the line between country and blues, this song of injustice and prejudice is sure to kick any comfortable feeling still lingering around, right to the ground into a puddle of uneasiness.

Paying homage to the sounds of the Fifties and Sixties, Williams cleverly delivers “Wrong Number”, a song about missed connections, with a slow doo-wop beat.  “Big Mess”, with its cool walking bassline, joins along as well, with callbacks to that wonderful era of music.

When “Stowaway in Your Heart” begins to play, I feel as if the Sun has finally penetrated the dark clouds above and punctured a little opening for its rays to beam through.  This poppy country song lightens things up with offerings of gratitude and flashes of hope.  It puts a smile on my face for sure.  My favorite track on the album, however, is “Everything but the Truth”.  Packed with swampy guitar licks, lush slide guitar, and grit, it just doesn’t get much better than this.

Down Where the Spirit Meets the Bone is so well-written, and superbly performed, I’d say it’s definitely an instant classic.

Posted by PhillyCheezeBlues at 3:09 PM