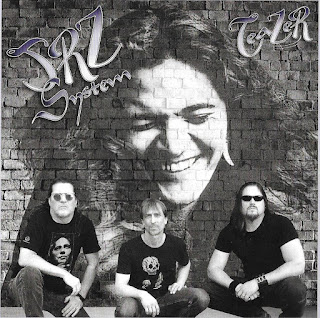 I heard JRZ System for the first time last week, with my first visit to the Tommy Bolin Music Festival in Sioux City, Iowa.  Hailing from Lincoln, Nebraska, this extremely talented trio is composed of guitarist Mark Zavon, bassist Troy Johnson, and drummer Todd Roberson.  During these past seven days, their latest release Teazer has rapidly become one of my all-time favorite albums.  This ten track tribute of instrumentals is one stellar testament to the music of the late great Tommy Bolin, capturing each song off Bolin’s Teaser album in their original sequence. In addition, they also include “Crazed Fandango”, originally recorded for Teaser, but not released until 1996 with the release of From The Archives, Vol 1.

From the beginning at “Grind”, I knew I was in for a treat.  Johnson’s monster bassline, Zavon’s ripping guitar, and Roberson’s crushing performance on drums are synchronized until the end.  I can’t help but think of my first impression of Joe Satriani, when I heard Surfing With the Alien, and how much it knocked my socks off.  “Homeward Strut” is crazy good too.  Each person shines bright and takes up the slack for no one.  “Savannah Woman” is another sparkling gem, artistically highlighted by a Santana-like aura and a smooth Latin beat.

Johnson spins a funky groove on title track “Teaser” for Zavon to weave his psychedelic licks through.  It sounds amazing.  “Marching Powder”, my personal favorite Bolin track, is played ‘balls to the wall’, in an onslaught of melodic metal. I love the way they gently ease into “Wild Dogs” and take off running.

When it comes to Rock and Roll, it really doesn’t get much better than this.  I am so looking forward to hearing more from JRZ System in the future, because Teazer is fantastic!
Posted by PhillyCheezeBlues at 4:13 PM