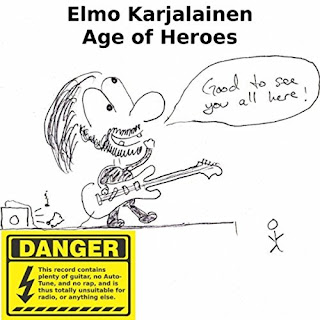 Karjalainen presents speed metal at its best in “A Meeting of the Gods (And This Guy)”. Guest guitarists Janne Nieminen and Emil Pohjlainen, 2016 winners of the Guitar Gods Competition, kick in some extraordinary solos for this shred-fest.  Called “King of the Keys” by Guitar World Magazine, keyboardist Derek Sherinian(Planet X, Black Country Communion) give a magnificent performance in “The Colour of Greed”, amid thunderous crashing drums and melodic adrenalin-infused guitar.  The hypnotically driving rhythm of “A Fertile Discussion” clutches on to me with a tight grip.

A feeling of tranquility washes over me when I hear the ambient “Chikken Noodul”. It’s quite a soothing listen, as is “Breathe”.  There’s something galactic about “Blue Eyes”. The song seems to shoot me into the cosmos with each listen.

Karjalainen wears his passion for music on his sleeve, playing every piece with immaculate precision. This album is a must for guitar enthusiasts.

Posted by PhillyCheezeBlues at 5:09 PM No comments: 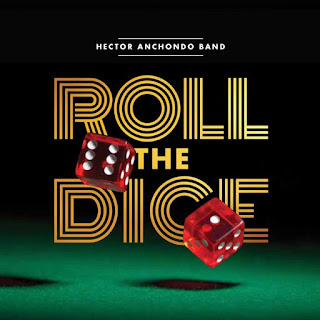 Hailing from Omaha, Nebraska, and finalist in the 2016 International Blues Challenge in Memphis, Tennessee, the Hector Anchondo Band is one tight-as-hell band.  Alongside lead guitarist/lead singer Anchondo is drummer Khayman Winfield, bassist Josh Lund, and Justin Shelton on harmonica.  Anchondo’s spectacular guitar playing and suave vocal stylings stand out front in his newest release, Roll the Dice.  Immersed in blues and Americana, this ten song album is a wonderful delight.

The lovely Kansas City songstress Amanda Fish joins Anchondo to dish out some riveting vocals in the energetic “Dig You Baby”.  Anchondo rips it up on guitar while Eric Stark and Kenny Glover dole out a clutch horn accompaniment.  This, fused to an outstanding harmonica performance from Shelton, sets the pace for the rest of the album.  “Masquerade”, a wonderful cocktail of blues and rockabilly is the perfect vehicle for Anchondo’s debonair voice. It’s a great tune for sure.  Anchondo brilliantly pulls the listener into his sad and lonesome world in “Sometimes Being Alone Feels Right”, a ballad he sings with heart-felt emotion.  He masterfully does it again in “Here’s To Me Giving Up”, performed in an absolute troubadour fashion.  Following an exquisite guitar intro, Winfield and Lund create a worldly magnificent space for Anchondo’s guitar prowess to explore in the flawless cover of “Black Magic Woman”.  It’s absolutely beautiful.

I had the pleasure of catching two stellar Hector Anchondo Band performances last summer.  The first show was at the North Liberty Blues and BBQ Festival in North Liberty, Iowa, and the second, was at the fabulous Tommy Bolin Music Festival in Sioux City, Iowa.  I’ve been a fan since.

View my previous blog entries about the Hector Anchondo Band...

Posted by PhillyCheezeBlues at 2:03 PM No comments: 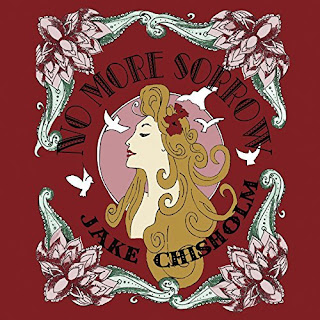 
Toronto music artist Jake Chisholm does a fantastic job of encapsulating the purity and rawness of Seventies blues-rock with his latest album, No More Sorry.  He brings a fistful of confidence to these ten tracks of originals with a rugged vocal styling and skillful guitar playing.  Chisholm’s power-trio also includes drummer Sly Juhas and bassist Chris Banks.

Chisholm masterfully sets a dark and ominous state of impending doom with the psychedelic treat, “You Never Will”.  His guitar chops stand out up front as he elegantly ushers in a relaxed Hendrix vibe on “Just Because You Want To”.  This one is beautifully played.  Guest Jameson Elliot doles out a cool driving bassline as Chisholm shares a trippy hardscrabble look at life on the “Merry-Go-Round”.   I can’t help myself for falling for the infectious hook threaded through the title track, “No More Sorrow”.  It grabs me every time I hear it.  I like this one a lot.

There’s a sense of honesty woven into the crafted and thoughtful lyrics written by Chisholm.  His serious approach to music makes No More Sorrow the splendid record it is.

Posted by PhillyCheezeBlues at 3:15 PM No comments: 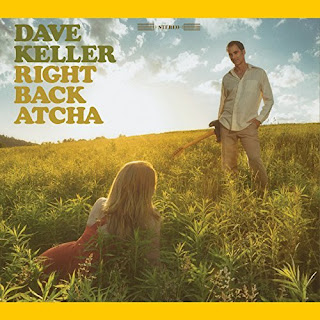 
Immersed in the goodness of Memphis soul, Vermont recording artist Dave Keller’s latest album Right Back Atcha, is a sheer delight to hear.   Keller’s splendidly soulful voice sounds terrific, as does his band which consists of Ira Friedman on Hammond B3 and piano, bassist Gary Lotspeich, and drummer Brett Hoffman.  The inclusion of Mo’ Sax Horns sweetly fills the bill needed to recreate that Memphis sound which Keller definitely channels.  They sound great and bring a wealth of energy to the album.

I am instantly captivated upon my first listen to the fabulous cover of the 1974 Willie Clayton single, “It’s Time You Made Up Your Mind”.  Dap and funky, this song begs me to get up on my feet and dance.  Memphian Darryl Carter, who co-wrote that song, also teams up with Keller in writing the beautiful “Deeper Than the Eye Can See”, a love ballad with a lingering Otis Redding vibe.  I love the infectious groove of “Slow Train”.   This soulful ballad is highlighted by a fantastic sax solo from Joe Moore ( Slim Harpo, Wilson Picket ).

Funky guitar riffs and playful blasts of horns swim among the lush sounds of Friedman’s B3 in “Urgent (I’ll Give It All)”.  Keller sings this with sophisticated conviction, making for a one cool as hell track.  Keller’s vocal performance in “What’s it Gonna Take?” is electric and amazing.  Drenched in sweat and dripping with raw soul, this song burrows deep down right to my core.

Right Back Atcha is a terrific album which I could listen to all day long. 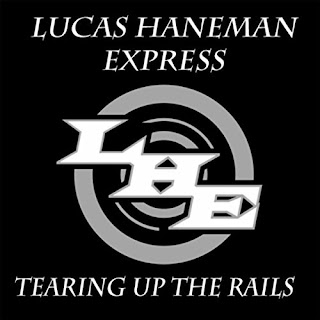 
Tearing up the Rails, the sophomore release from Ottawa, Ontario-based Lucas Haneman Express is a savory fourteen track platter of blues-rock with a slightly southern flavor.  Heading up the band is singer/songwriter/guitarist Lucas Haneman, who received the CBC Galaxie Rising Star Award at the 2005 Ottawa International Jazz Festival.  Accompanying Haneman to round out the quartet is vocalist Megan Laurence, drummer Jeff Asselin, and bassist Martin Newman.

Steve Marriner from MonkeyJunk, lends his harmonica prowess to “The Verdict”.  This track oozes with swampy bluesy goodness as Marriner and Haneman go toe to toe. Marriner also appears, harp in hand on Brian Adam’s “Run to You”, another terrific track. It sounds so different recorded as a blues song.  There’s no rest for the wicked, when the band breaks into Steppenwolf’s psychedelic hit “Magic Carpet Ride”.  Leaving a smoking trail of rubber on the track, they take this one on going full throttle.   Haneman’s searing hot guitar makes for a standout performance.  I love the relaxed Steely Dan vibe Haneman brings to “Waiting at Your Door” with his smooth jazz approach. “Storybook Love” is plumb mighty too, boasting soulful vocals from Haneman, who guides the song from a slow southern sway into a ferocious intensity.

Tearing up the Rails is a well-crafted album of poignant lyrics, rich melodies and tight performances.  It’s a great album to sink ones teeth into.  It has definitely sunk its teeth into me.

Posted by PhillyCheezeBlues at 2:17 PM No comments: