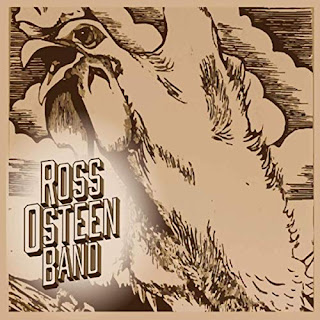 
For blues served sizzling hot, check out the latest release from the Ross Osteen Band called Williwaw.  This album packs quite a wallop.  Osteen not only deliver the goods on guitar and slide, but his vocals has that Robert Plant range and sounds magnificent.  The band also consists of drummer Patrick Gaynor, and bassist Jim Vint.  Together, this trio is an absolute force to be reckoned with.


Their cover of Muddy Waters’ “Mannish Boy” delightfully kicks off the album.  From this point on, I knew I was in for some serious blues.  “Little Rooster”, performed with the fearless attitude of George Thorogood, is another song that cooks. It’s the real deal indeed.  “Broom” is spectacular too.  If I didn’t know better, I would think I was listening to Led Zeppelin.  Osteen’s rock-star vocals take charge as he pours out some of the best slide guitar you’ll hear.  The Phish fan in me loves the closing instrumental, “Jellyfish Jam”.  Its hypnotic rhythm and playful attitude draw me right in.  It is definitely one for the jam band enthusiasts to explore.


Williwaw certainly makes my list of favorites for the year so far.

For more information about the artist, visit this website.. www.rossosteen.com

Click on the link below to purchase this terrific album from the PhillyCheeze  Amazon Store.  As an Amazon Associate, I earn from qualifying purchases.

Posted by PhillyCheezeBlues at 4:08 PM