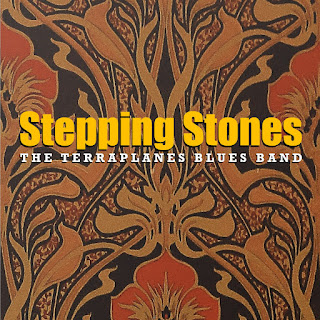 The Terraplane Blues Band from Bristol, UK absolutely tears it up on their new album Stepping Stones.  Produced by Richard Parsons, this twelve-track album of hot, original blues features Nick Scrase front and center on guitar and vocals.  The rest of the band is comprised of Eduardo Allen on harmonica, Tom Turner on drums, and Andy Wood on Bass.

Opening with “Highway 61” The Terraplanes Blues Band takes off with a driving rhythm, outlaw lyrics and humongous servings of searing harp.  It’s what one wants to hear from the first track.  Next up is “My Malaise” which grabs my attention with its playful and infectious riff.   This is indeed the makings of a Mississippi delta juke-joint jamboree.  Then “Get Along” rears its head and bites like a rattlesnake.  With the ferocity of those classic George Thorogood songs we all love, this one is entirely a big bowl of bliss.  Title track “Stepping Stones” has a bit of a North Mississippi hypnotic groove.  Its strong gravitational force pulls me right in to its lava-filled core.  Closing with “The Lonesome Crow”, the album comes to its end.  I can’t help but think of the final episode of Sons of Anarchy when I hear this one.  It’s such a beautiful song.

Stepping Stones is an absolutely brilliant album, and I highly recommend taking a listen to The Terraplane Blues Band

For more information about the artist, visit this website :   https://www.theterraplanesbluesband.com/

Posted by PhillyCheezeBlues at 10:05 AM No comments: 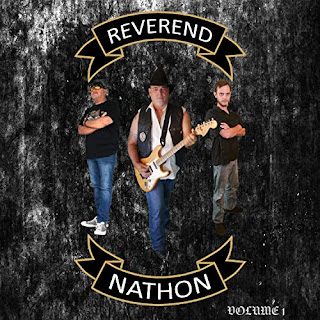 Volume 1, the debut album from Reverend Nathon swiftly grabbed my attention, and won my admiration with its kick-ass style of southern blues-rock.  This twelve-track, all-original recording is loaded with infectious rhythms and doused with Seventies psyche-rock.  It’s definitely a fun listen.  Hailing from the Lone Star State, Reverend Nathon is comprised of Nathon Dees on guitar and lead vocals, Gary Delz on drums, and Aaron Dees on bass guitar.

Reverend Nathon makes an ominous grand entry with “Darker Shade of Blues” an electric Texas-style blues song with a driving rhythm and vagabond-outlaw lyrics.  “Bi-Polar Blues” pulls me in tight with a deliciously greasy groove.  It masterfully sets the listener up for the main-event which features the good Rev’s psychedelic venture on guitar.  Nathon breaks out a magnificent dose of swampy slide on “Goin’ Fishin’”, a fitting anthem for beer-drinking sportsmen everywhere.  Heady lyrics and a beautiful melody make “Autumn Breeze” another stand-out song.  When I hear this one along with “Way it Could Have Been”, I’m immediately reminded of the ballads from one of my favorite bands Black Oak Arkansas.   Bringing Volume 1 to a close is “Golden Key”.  Its funky intoxicating rhythm and deeply-rooted lyrics make it a brilliant piece.

I like this album so much; I honestly can’t wait to hear Volume 2.

For more information about the artist, visit this website : https://reverendnathon.com/

Posted by PhillyCheezeBlues at 4:22 PM No comments: 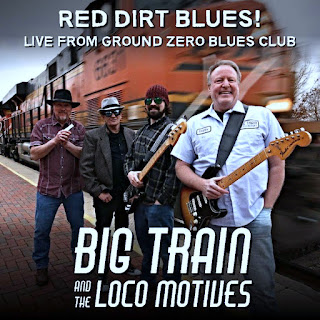 I first met Jimbo Madsen aka “Big Train” in 2019 at Clarksdale, Mississippi while in town for the Sunflower River Blues & Gospel Festival.  He was visiting from Oklahoma and was friends with the group I had traveled down to Mississippi with.   In 2021, I saw him in Clarksdale again for the same festival.  This time, he brought his band The Loco Motives and was booked to play the legendary Ground Zero Blues Club in Clarksdale.  This eleven-track album is a recording of that captivating performance.  With Jimbo “Big Train” Madson on lead guitar and vocals, the Loco Motives are comprised of Mason “Thumper” Cullen on bass, Bill “Top Dog” Cummins on harmonica, and Mike “Pinebox” Lander on percussion.

The choice of cover songs Madsen and his ‘red dirt’ blues band lean into validates the affinity they have for the blues artists who sprang forth from the Mississippi delta.  Right off the bat, they play Muddy Waters’ “Got My Mojo Working”, Willie Dixon’s “Built For Comfort” and John Lee Hooker’s “Bang Bang Bang Bang” as frontman Madsen sprinkles tidbits of blues trivia between songs.  They serve up a big plateful of simmering, electric-blues on “Hoochie Coochie Man” and certainly captured everyone’s attention.  I loved hearing their bodacious original “Baby I Ain’t Skinny No More”.  This blues song for foodies, mentions all that good southern food I crave but can’t get up here in Iowa.  Like a true bluesman, Madsen belts out “Make Love To You”, another Willie Dixon-penned song.  One cover song caught me totally by surprise, and that was “Glocoat Blues”, originally from the Nitty Gritty Dirt Band and found on their 1974 album Stars & Stripes Forever.  This one put a big smile on my face for sure.  Bringing the album to its close is Elvis’ “Heartbreak Hotel”.  Madsen’s guitar tones are crisp and sound great.

Big Train and the Loco Motives are unique and engaging.  Check out the album Red Dirt Blues! Live From Ground Zero Blues Club, and hit one of their shows if you get the chance. 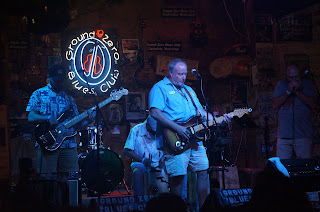 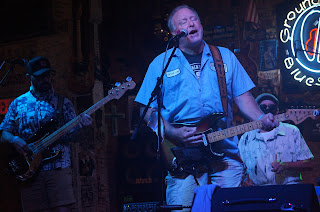 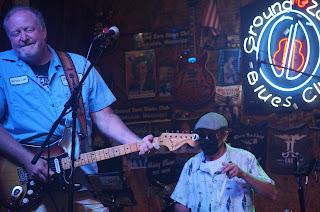 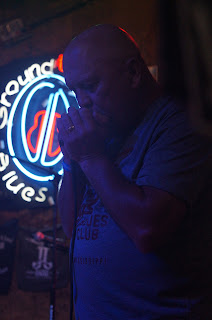 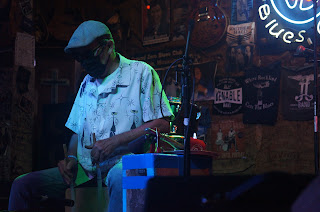 For more information about the artist, visit this website : https://bigtrainblues.com

Posted by PhillyCheezeBlues at 3:26 PM No comments: 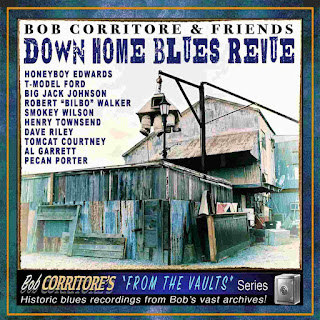 I’ve really been enjoying the ‘From the Vaults’ albums spearheaded by blues harmonica marvel Bob Corritore.  The latest in the series, Down Home Blues Revue, features thirteen tracks of real-deal blues recorded between 1995 and 2012 in Phoenix, Arizona.  The amazing roster of southern blues artists on this album had all played Corritore’s blues club The Rhythm Room, and recorded tracks with him while in town.  The artists featured on this wonderful album are Robert ‘Bilbo’ Walker, Tomcat Courtney, T-Model Ford, Henry Townsend, Smokey Wilson, Honeyboy Edwards, Pecan Porter, Al Garrett, Dave Riley, and Big Jack Johnson.

I was so happy to see Robert ‘Bilbo’ Walker’s name on the credits.  It was through Jeff Konkel and Roger Stolle’s docu-series MoonShine & Mojo Hands, and their film M for Mississippi where I first heard Walker, and quickly became a fan.   Walker appears three times on this album with songs “Rooster Blues”, “Still a Fool”, and “Baby Baby Baby”.  Another name that brought a big smile to my face was Fat Possum recording artist T-Model Ford.  His renditions of Arthur Crudup’s “Mean Old Frisco and Howlin’ Wolf’s “I Asked For Water” are captivating.

Tomcat Courtney, who sadly passed away just a year ago at the age of 91, gives an extraordinary performance with “Clara Mae” a hard-edged, straight-up blues song on the evils of crystal meth.  Honeyboy Edwards performs Robert Lockwood’s “Take a Little Walk With Me”, with Willie “Big Eyes” Smith on drums, and I soak every bit of it up.  Corritore rips it up on harmonica as Pecan Porter takes on Canned Heat’s “Lets Work Together”.  The groove on Dave Riley’s “Home in Chicago” runs deep, and sounds great.  With a swaggering approach, Big Jack Johnson electrifies “Bluebird Blues” originally by Sonny Boy Williamson I.  He and Corritore sound terrific together.

Fans of Mississippi delta blues will definitely want to pick up this album.  It’s an absolute gem.

For more information about the artist, visit this website : https://bobcorritore.com

Posted by PhillyCheezeBlues at 3:24 PM No comments: