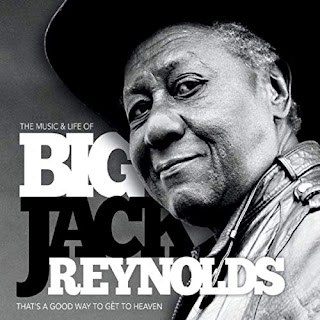 
Third Street Cigar Records has recently released a terrific twenty-track CD compiling the best of Ohio bluesman Marshall “Big Jack” Reynolds.  This deluxe package also includes a feature-length documentary on DVD containing eighty minutes of rare footage, and interviews which has gone unseen since the late Eighties.  Although this was my first exposure to Big Jack Reynolds, I found the documentary to be very engrossing.


Reynolds’ earlier recordings were made during the Sixties in Detroit on the Fortune and MAH labels.  After moving on to Toledo around 1970, Reynolds set up his home-base and continued performing for another twenty years, recording his last songs in 1990, three years before he passed away.  According to Third Street president John Henry, “Big Jack wasn’t nationally famous, but he was our guy and now we get to bring him to the world…  Every local player wanted to perform with Jack.  He was a ‘real-deal’ bluesman from somewhere down south, though it was never clear where”.  With Reynolds on vocals and harmonica, the majority of the cuts on this fascinating compilation feature Larry Gold on guitar, Johnny “Hifi” Newmark on bass, Slim Tim Gahagan on drums, and Chad Smith on piano.


The album opens with a sweet previously unreleased cover of Jimmy Reed’s “Honest I Do”.  Reynolds also lays down a very nice cover of Slim Harpo’s “Scratch My Back” as well.  I love Gold’s ripping guitar performance on “You Better Leave That Woman Alone”.  Coupled with a cracker-jack rhythm section and Reynold’s slightly raspy vocals, this original sounds great.  “Mean Old People” is about as real as it gets.  Here we get to hear Big Jack alone with his guitar.  It is unadulterated raw blues at its purist.


The infectious and inescapable surf beat on his 1962 single “Made It Up in Your Mind” is a wonderful backdrop for Big Jack and his harp.  It’s dripping with cool.  My favorite, an original called “Hot Potato” has a stellar groove.  Big Jack breaks out his guitar on this jamming instrumental which concludes with him exclaiming “That’s a good way to get to heaven!”.  This gravitative track is such a great listen.


This is one great retrospective collection which I will enjoy for a long time.


---
For more information about the artist, visit this website.. www.thirdstreetcigarrecords.com

Posted by PhillyCheezeBlues at 3:55 PM No comments: 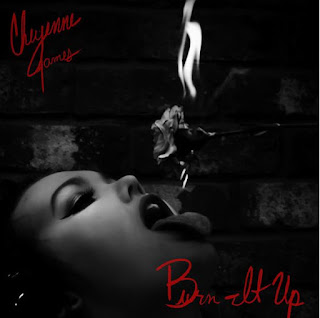 
Burn It Up, the debut album from Texas blues singer Cheyenne James is one powerful and soulful ride.  James, an accomplished stage actress, dancer, and fire-eater pours her whole self into each of the ten outstanding performances.  Her band consists of guitarists Dave Carter and Mark May, bassist Rock Romano, harmonicist Steve Krase, keyboardist Randy Wall, drummer Jim Brady, saxophonist Eric Demmer, and Lamar Boulet on trumpet and flugelhorn.


I love her remarkable cover of Little Milton’s “Grits Ain’t Groceries”.  Cheyenne’s stellar vocal delivery has a nice Stax-like backing with the horns and keys.  With a taste of old-school Nashville, James fearlessly belts out “Gypsy Mama” while Krase tears it up on harmonica.  When she sings Van Morrison’s “Steal My Heart Away”, I just have to stop everything and listen.  It’s such a beautiful song, and so beautifully executed.  Sung with an abundance of heart and emotion is the sublime original “What Does It Mean”.  Cheyenne’s performance on this gem is reminiscent of the late, great Amy Winehouse, and Boulet’s trumpet performance is mesmerizing.  The album comes to a smile-inducing close with a smooth rendering of Willie Dixon’s “You Know You Love Me Baby”.


Burn It Up is a definite ‘keeper’.  I immensely enjoyed listening to this album, and very much look forward to hearing more from Cheyenne James.


---
For more information about the artist, or to purchase her CD, visit her website.. https://www.cheyennejames.com

Posted by PhillyCheezeBlues at 10:15 AM No comments: 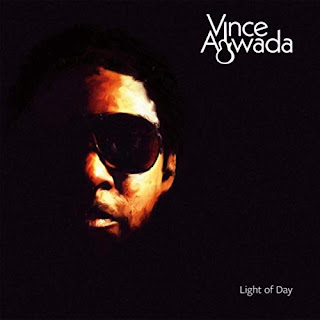 
It has been eight long years since the release of Vince Agwada’s last album, Basic Blue.  Fans of his should know it’s been very much worth the wait.  His latest record, Light of Day, is self-produced and loaded with sixteen astonishing original songs rooted in the Blues, but spanning genres from Jazz, Rock, Funk, and World Music.

Slathered from end to end in delicious slide, “Two Tons of Fun” showcases Agwada’s guitar mastery with a big bowlful of searing blues.  A fearless bassline and a mind-boggling guitar shredding session takes “Blues 99” to the king-of-the-hill position.  Agwada’s performance is exquisite.  I love the transformation “I Wanna Fly” goes through as it transcends from its front-porch blues beginnings to a funky, soulful song with keys from Tim Gant, and amazing percussion from Kwame Steve Cobb.  The slide-heavy, Allman-esque “Mustafa’s Lament” is great too.  With backing from the Game Changer Horns, complete with a sax solo from Edwin Daugherty, this instrumental is a funky treat.  “Southbound 69” keeps me tuned in with a stellar groove and more amazing guitar-play.  Capturing my full attention, the multi-textured “Spirit” leads off with a Scottish bagpipe.  With a strong steady beat, hot guitar licks, buttery smooth vocals, and jazz-laden piano accompaniment, this beautifully written and executed dirge winds down its glorious path.


Vince Agwada has certainly created a masterpiece.  Light of Day is a must for blues and guitar aficionados.

For more information about the artist, visit this website.. www.vinceagwada.com

Posted by PhillyCheezeBlues at 4:17 PM No comments: 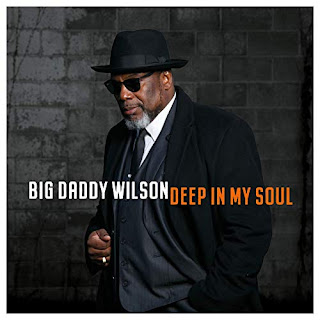 
Deep in My Soul, the latest album from the Big Daddy Wilson, is a magnificent platter of soulful blues.  This North Carolina born bluesman who now calls Northern Germany his home, trekked back to the U.S. to begin working with Grammy-winning producer Jim Gaines.  Recording began at Gaines’ Bessie Blue Studio in Stantonville, Tennessee, and wrapped up at the legendary FAME studios in Muscle Shoals, Alabama.  With Laura Chavez onboard playing guitar, Wilson’s killer rhythm section is comprised of Memphians Dave Smith on bass, and Steve Potts on drums.


With a soulful Memphis Stax vibe, the album begins with “I Know”.  Chavez immerses herself into Steve Cropper-mode and the rest of the band follows suit.  With additional accompaniment from Brad Guin and Ken Waters, aka The Alabama Horns, the stage is perfectly set for Wilson’s deep, engaging vocals.  “Tripping On You” is another terrific track saturated in the funky, soulful sound of Stax.  It is purely delightful.  The inescapable hook of “Ain’t Got No Money” keeps me on the line while I gush over the slide guitar.  I absolutely love the funky riffs, soul-wrenching vocals, and an infectious groove on title track “Deep in My Soul”.  Ominous and seductive, “Voodoo” is one cool-as-hell blues-soaked track.  It’s as if it were pulled right out of a Mississippi swamp.


This album from Big Daddy Wilson scores high on all levels, and I highly recommend it.


For more information about the artist, visit this website: https://www.bigdaddywilson.com

Posted by PhillyCheezeBlues at 3:19 PM No comments: 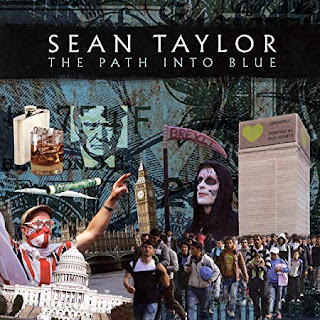 
The Path Into the Blue, the ninth full-length album from London-based singer-songwriter Sean Taylor is absolutely remarkable.  I love how this beat-poet troubadour underscores the social issues of today with his expertly crafted lyrics.  Then with a blanket of soulful, funky, and rootsy music, his message is beautifully delivered.  With Taylor on vocals and guitars, and electric piano, Mark Hallman takes on the bass, suitcase drums, electric piano, and Hammond organ.


A groovy disco-infused rhythm is the backdrop as Taylor tears off his quick-fire rant against Brexit, hipster culture, addictions, corporate greed, and the dark side of the internet in “This is England”.  Wordless backing vocals from Stephanie Daulong add a very cool Pink Floyd-esque touch to the song.  The 2013 Lampedusa migrant shipwreck is the melancholic subject of “Lampedusa”.  Andre Moran makes a guest appearance on guitar for this beautifully executed performance.  The sounds of a pedal steel guitar played by Henry Senior gently ushers the melodic “In the Name of God” into play.  However, when the saxophone and backing vocals finally arrive, this floaty anti-hate song delightfully breaks the boundaries between country, jazz, and gospel.  Taylor’s slightly gravelly vocals and the irresistible, delicate melody on “Tobacco and Whiskey” naturally remind me of the finest works of the great Tom Waits.  It is definitely one of my favorites.


The album is certainly an amazing listen.  I highly recommend it.

For more information about the artist, visit this website:  https://www.seantaylorsongs.com/


Posted by PhillyCheezeBlues at 2:37 PM No comments: