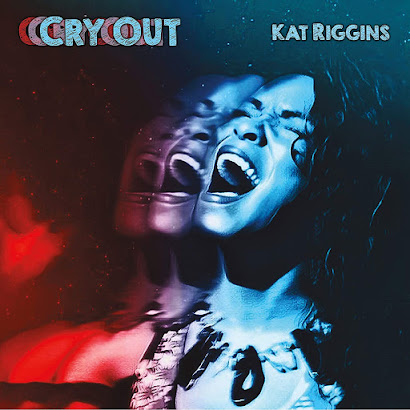 It’s been almost four years since being smitten by the music of Kat Riggins, with her 2016 album Blues Revival.  That album was so incredible.  Her brand-new album, Cry Out is yet another musical masterpiece.  Recorded on Mike Zito’s label Gulf Coast Records, the album has a big Zito presence.  Each of the original thirteen tracks were written by Riggins and composed by Zito, with the only exception being a short thirty-five second interlude of “Hand in the Hand”.  Backing Riggins on the album is drummer Brian Zielie, bassist Doug Byrkit, featuring Zito on guitar.

“Son of a Gun” kicks the record off with a big meaty bassline, locked and loaded with a driving rhythm.  It’s a southern rocker infused with Seventies-style stanky funk, and packed with soul.  A fitting song for the times, title-track “Cry Out” is steeped in blues, and topped with a big slice of juicy harp.  “Catching Up” captivates me with Riggins’ smooth, powerful vocals which ride atop a tide of infectious riffs and thunderous beats.  Her no-holds-barred delivery on “Can’t You See Me Now” is nicely punched up with blasts of brass and hot guitar licks.  Kat sings the blues with abundant intensity in “Burn it All Down”, as she goes all-in for a final showdown in a shaky relationship. “The Storm” ominously wraps the album up in a harrowing and blues-soaked manner.  Riggins’ gives a dynamic performance as Zito takes his guitar out for a lush and psychedelic walk.

Kat Riggins is definitely among the top of my list when it comes to favorite blues singers today.  As a songwriter, her mastery of writing blues songs is quite noteworthy.  Cry Out is an excellent album in all regards.

For more information about the artist, visit this website : katriggins.com

Posted by PhillyCheezeBlues at 4:26 PM