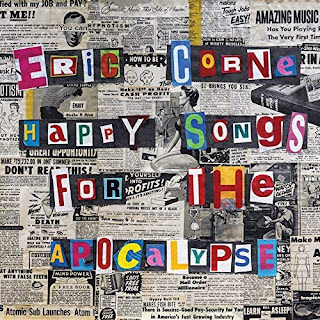 Eric Corne, founder and president of Forty Below Records, has brought fabulous new artists like Sam Morrow and Jaime Wyatt to my attention and recorded established favorites such as John Mayall, Walter Trout, Joe Walsh, Lucinda Williams, Edgar Winter, Joe Bonamassa, John Doe (X) and Glen Campbell.  Happy Songs for the Apocalypse, the latest release from award winning producer/singer/song-writer Eric Corne is rather reflective of the world today, and is an amazing listen.  The dozen original tracks are beautifully written and tightly woven together in the assembly of this album.

Corne taps into the spirit of the early Rolling Stones with “Ridin’ with Lady Luck” and “Locomotion”.  “Ridin’ with Lady Luck” features the legendary Walter Trout laying down some fabulous licks on lead guitar and Corne ripping it up on harp.  The excitement builds as Smith lays the piano groundwork on the upbeat “Locomotion”.  Guest David Ralicke (Degue Fever, Beck) orchestrates a rich horn arrangement on this captivating song as Corne revs it up with a side of guitar twang and more harp.

Corne utterly wins me over with Happy Songs for the Apocalypse. It is definitely a delightful and intelligent listen.

Posted by PhillyCheezeBlues at 2:45 PM No comments: 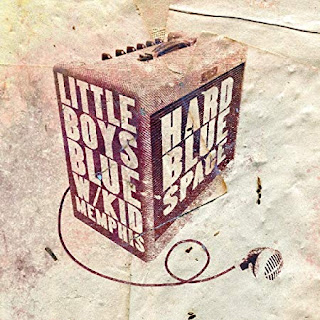 The first cut “Six Foot Down” tells the story of a broken heart beyond repair.  Taylor’s smoky vocals are reminiscent of John Hiatt’s and hover above gobs of juicy harp, a heart-pounding beat, and a lot of laidback slide.  “Loving Kind” takes a walking blues stroll and is topped with nice bluesy licks from Kid Memphis.  Changing pace and slowing it down a bit, “Blues Bug” is wonderful and right in the pocket.

I’m immediately caught up in the intoxicating rhythm of “Got a Mind of Your Own”.  Swirling sounds of the B3, and Taylor’s magnificent harp playing perfectly accent this one as Kid Memphis plays guitar with a cool Robert Cray vibe.  The ghosts of North Mississippi must’ve been present on the recording of “If the Blues Start Calling”.  The song’s infectious groove is so downright dirty, it sounds fabulous.

Hard Blue Space from Little Boys Blue w/ Kid Memphis is a grand slam. This pairing is a delight to hear.  They were definitely made for each other.

Posted by PhillyCheezeBlues at 4:33 PM No comments: 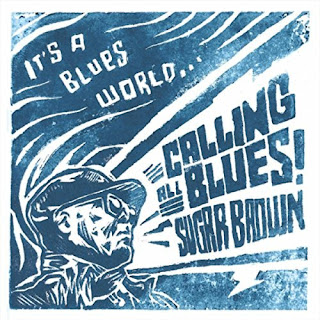 Ken Kawashima, a finalist in the 2017 International Blues Challenge in Memphis, Tennessee, grew up in Ohio, studied in Chicago, got his PhD from New York University, and now lives in Toronto.  There he teaches East Asian Studies at the University of Toronto and plays the blues.  While in the Windy City, where his musical path was shaped, Kawashima was given his nickname Sugar Brown by Chicago bluesman Tail Dragger Jones.

It’s a Blues World (Calling All Blues), Sugar Brown’s third album glows with authenticity.  Each of its thirteen original songs has a sense of stewardship and timelessness.  Joining Sugar Brown on the studio for this album is special guest and blues guitarist Rockin’ Johnny Burgin, a close friend of Brown’s who was instrumental in inspiring him to play blues guitar.  The rest of the band is comprised of Michelle Josef (drums), Russ Boswell (upright bass, electric bass), Nichol Robertson (guitar,banjo), Julian Fauth (piano,Farfisa), Julia Narveson (horns and fiddle), Chuck Bucket (drums), and Bill Howard (tambourine, bass drum).

Sugar Brown shares a lesson on the topic of economics, as he sings about everyone scrambling for the same “Lousy Dime”.  Robertson’s infectious banjo riff rolls throughout this wonderful song.  Accompanied by an exquisite fiddle accompaniment and a beautifully executed piano backing, it’s absolutely flawless.  With a Tom Waits-like gusto, Brown suavely sings “What I Know”.  The song sweetly rolls in with a horn and harp intro and is threaded with gobs of marvelously twangy guitar.  A North Mississippi blues approach is taken with “Out of the Frying Pan“, an intoxicating tune about having nowhere else to go.  The circulating rhythm lures me quickly in, and holds me captive for the remainder of the song.  It’s terrific.

The retrospective makeover he applies to his music, using vintage technology, encapsulates his work in an era of bygone times, giving it a unique sound.  That’s half the attraction to this album.   The other half is Sugar Brown’s exemplary songwriting.  This album comes highly recommended for Blues enthusiasts.

Posted by PhillyCheezeBlues at 3:39 PM No comments: 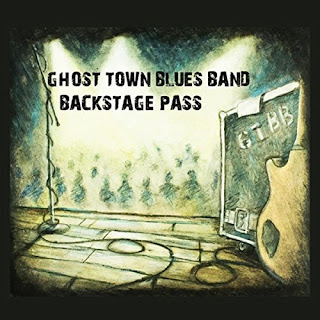 The album breaks out with a smashing cover of The Beatles’ “Come Together”.  This sounds fabulous with slide guitar and horns.  I love the way they weave bits of “Norwegian Wood” and Led Zeppelin’s “Whole Lotta Love” into the fabric of the tune.   I will be sadly disappointed if this song does not make it on the next Fried Glass Onion compilation series (a tribute to the music of The Beatles, performed by Memphis bands).  They take on the Allman Brothers’ signature song “Whippin’ Post” with true justice and a truck load of responsibility, bestowing the listener with a beautiful and amazing sixteen minute jam.  Isbell’s guitar performance is stellar.  Their cover of George Porter Jr’s (The Meters) “I Get High” is a bouncy and funky treat loaded with contagious horn riffs and more head-turning guitar.  McEwen is a bodacious drummer, and keeps everything in check.

“Shine”, drenched in that good ol’ Memphis soul greets the listener like an old friend whose face has not been seen in a long time.  The Stax sound is definitely represented here with the swirling organ and those cool little blasts of horns led by Isbell’s wonderful and gravelly vocals.  From their Dust to Dust album, GTBB revisits “One More Whiskey” a blues-soaked ode to drinking which Isbell tops with a tasty side of harmonica.  This is a fun tune indeed.
I had the privilege of catching the band in Memphis earlier this spring at the Beale Street Music Festival.  With cigar box guitar in hand, stretching as high as Isbell could raise it, Jones proceeded to extend his trombone to its outer limits, to use the far-most edge as a guitar slide until that cigar box just plumb gave out.  After several attempts at reviving that guitar with no luck, Isbell put his own creation out of misery with a mighty rock-and-roll Pete Townsend style bashing.  They outshined every act I saw that day, and quite frankly, most of the other acts I saw that whole weekend.  They were truly amazing, as is this album.  It’s ridiculously good.

Posted by PhillyCheezeBlues at 3:19 PM No comments: 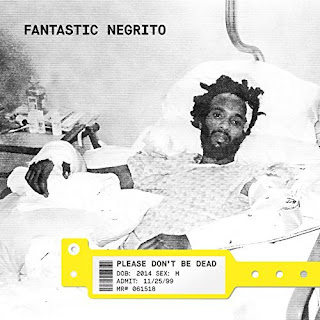 Please Don’t Be Dead is one of the most exciting albums to be released this year.  I’ve been a fan of Fantastic Negrito (Xavier Amin Dphrepaulezz) since viewing the C-Store Session videos on YouTube in 2015, and I loved The Last Days of Oakland album which was released in 2016.  The title of his latest record, Please Don’t Be Dead, refers to the underlying fear a parent holds for the future of their children in a world filled with school shootings, opioid addictions, and homelessness.

The album wonderfully ignites with an infectious guitar riff backed with a captivating beat on “Plastic Hamburgers”, an anthem about the need for due change.  Fantastic Negrito has a genuine gift of sparking moments of inward enlightenment in his songs.  With “Bad Guy Necessity”, he sheds light on the age-old craft of misdirection in a Prince/Beatles kind of way, and how it’s used by those in power to create an enemy which only they can eradicate.

A gut-wrenching response to gun violence and mass shootings is revealed in his “Letter to Fear”.  This beautiful song, delicately steeped in blues and bathed in swirling sounds of organ is elegantly sung.  Funk and gospel are cleverly woven together in “The Suit That Won’t Come Off”, a song about feeling isolated from the world.  Fantastic Negrito paints a dire portrait of that place in our minds where we often flee to in the darkest of times.  Then he sings a song of apology to those he’s offended or wronged while in that place on a “Cold November Street”.

I dig the hard-hitting hook busting loose on “The Duffler”, and how it smoothly navigates its way through a sweet, galactic groove. The album comes to a close in a huge P-Funk-style presence with “Bullshit Anthem”.  The song is slathered in funk and gushing with attitude.  It is a sheer delight.  On the topic of P-Funk, I recently read that  the Godfather of Funk George Clinton plans to retire in 2019.  Although, it will be most sad to see him depart, I would love to see Fantastic Negrito pilot the mothership when that time comes. He definitely has what it takes.